If we are going to look anywhere, to any country, when the Muslim exodus finally reaches America, we should look to Switzerland.

The Swiss have been as hard nosed as anyone on immigration and have protected their borders from the Muslim exodus into Europe. They are so tightly wound about the issue that the Swiss aren’t above deporting Muslims for a seemingly innocuous act, or so the Left would lead you to believe.

According to reports, two Muslim teenagers that were in the process of immigrating to Switzerland. While doing so, they were obviously about to go to school. Well when the teach stretched out her hand, welcoming them, the Muslim teens refused to shake the woman’s hand due to their Islamic beliefs.

Switzerland didn’t take too kindly to that. 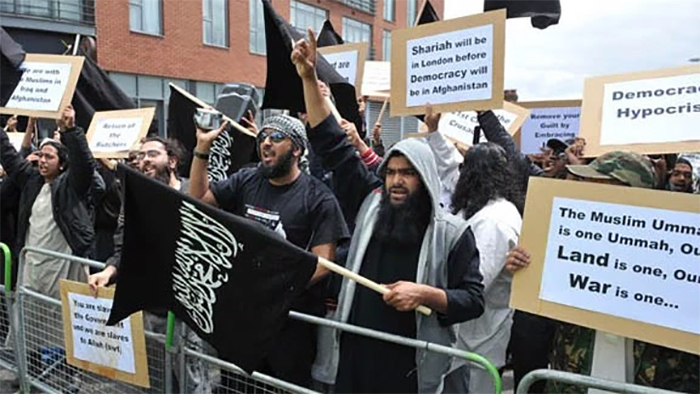 When the two teenaged boys of a Muslim family refused to shakes hands with their female teacher, Switzerland brought the family’s immigration and citizenship process to a grinding halt.

The family claims that physical contact with any woman who is not a family member violates the tenets of Islam. The boys, age 14 and 15, were exempted from shaking their female teacher’s hand but were told they couldn’t discriminate by sex — they were told to avoid similar contact with male non-family members. But “shaking hands is part of (Swiss) culture, insisted Justice Minister Simonetta Sommaruga.

Because of the brouhaha, authorities in the canton of Basel-Country, which includes the municipality of Therwil, where the family is located, placed the family’s citizenship process on hold.

THIS is how you handle things of this nature! Don’t bow to people. They want to be in your country, they should follow your laws and follow your societal norms. Not the other way around.