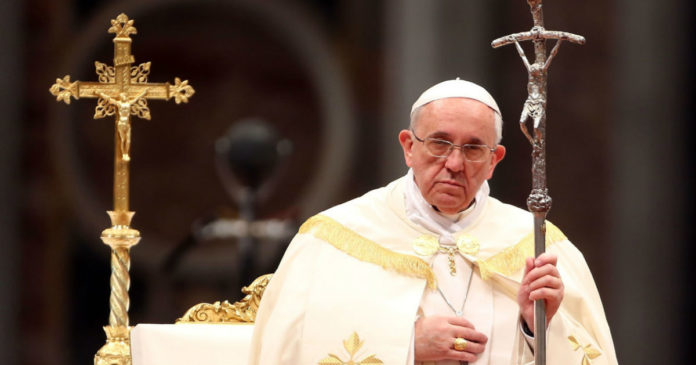 Pope Francis called for peace in the Holy Land during his Easter address. He also mentioned the “beloved and long-suffering land of Syria.” The powerful address was delivered before a crowd of 8,000 people.

“It bears fruits of hope and dignity where there are deprivation and exclusion, hunger and unemployment; where there are migrants and refugees, so often rejected by today’s culture of waste, and victims of the drug trade, human trafficking and contemporary forms of slavery,” the pope said of the story behind Easter.

The pope’s remarks came two days after a bloody spat on the Palestinian border. Multiple protesters were killed. The Israeli Defense Forces reported that most, if not all, of those killed were members of Hamas.

The pope also spoke about the migrant crisis afflicting the world and begged the faithful to remember those who flee from their home country.

Pope Francis is extremely liberal. Some Catholics love his style while others are deeply turned off. A few days before he subtly supported the Palestinians he caused a panic by suggesting that Hell didn’t exist.

“They are not punished. Those who repent obtain God’s forgiveness and take their place among the ranks of those who contemplate him, but those who do not repent and cannot be forgiven disappear. A hell doesn’t exist, the disappearance of sinning souls exists,” he told an Italian newspaper.

The Vatican was so concerned that its spokespeople immediately rebuked the newspaper that published the story. The concept of Hell is integral to orthodox Catholic teaching. If Pope Francis seriously wants the church to rethink its opinion on the subject, he went about it the wrong way.