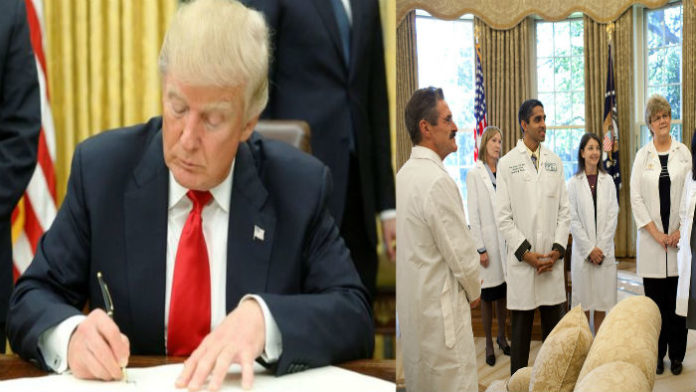 Religious health care workers have an ally in the White House. Abortion-supporting Barack Obama let liberals trample over whoever they wanted to. The Trump administration has different values.

The Department of Health and Human Services (HHS) announced Thursday that it’s creating a new division under the Office of Civil Rights (OCR) tasked with supporting the rights of religious health care workers.

“No one should be forced to choose between helping sick people and living by one’s deepest moral or religious convictions, and the new division will help guarantee that victims of unlawful discrimination find justice,” OCR Director Roger Severino said Thursday morning.

Workers who claim to have faced discrimination after refusing to perform a hot-button procedure like abortion or gender-reassignment surgery can file a complaint with the OCR.

“This is a welcome change from the Obama administration’s stubborn refusal to enforce federal laws that prohibit discrimination against health care entities,” Marjorie Dannenfelser, president of the Susan B. Anthony List, said.

“I am deeply troubled by reports of the unconscionable approach being considered by President Trump’s Administration to use the civil rights office… as a tool to restrict access to health care for people who are transgender and women,” said Sen. Patty Murray (D-Wash.), ranking member of the Senate Health Committee.

DHS’ decision represents the country’s change of course. Obama led the U.S. like he was carrying out a social experiment.

“Choosing your patients based on their gender or gender expression is not freedom. Should the administration choose to move forward to implement a discriminatory policy, we will see them in court.”