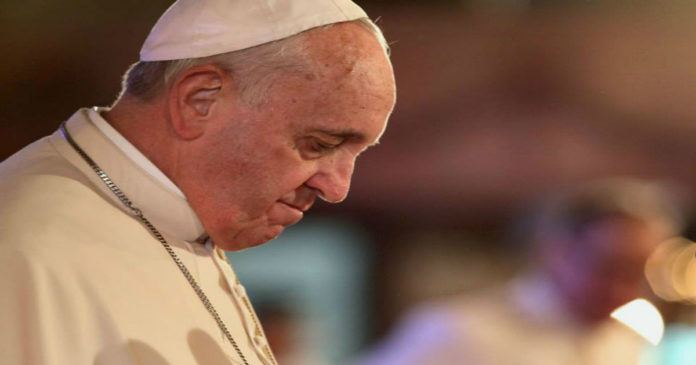 In a candid letter published Wednesday, Pope Francis admitted that he made a huge mistake when he victim-blamed and shamed the survivors of Chile’s sex abuse scandal. Francis begged all of Chile’s bishops to come to the Vatican to discuss what they should do next.

“For my part, I recognize — and so I want it to be faithfully transmitted — that I have fallen in grave mistakes of judgment and perception of the situation, especially due to the lack of truthful and balanced information,” Francis wrote.

“From now on I ask forgiveness of all those I offended and I hope to be able to do it personally in the coming weeks.”

“I am convinced he is innocent,” the pope said of Barros, accusing the victims of lying. He was so certain that he was right that he refused to accept Barros’ resignation multiple times.

The scandal has been ruinous for the pope’s reputation. People were shocked that he treated the victims so cruelly. He denied their pain and publicly supported their abuser. The victims say that while they appreciate the pope’s apology, they aren’t sure if they’re willing to meet with him.

It’s not clear if Barros is going to be removed from his post. Chilean Catholics have been demanding his dismissal for a long time.

“I assure you of my prayers and I want to share with you the conviction that the present difficulties are also an occasion to reestablish the trust in the Church, broken by our mistakes and sins, and to heal wounds that haven’t stopped bleeding in Chilean society,” Francis wrote.

The issue has been dividing the faithful. A lot of Catholics will be pleased to see that Pope Francis has changed his mind.