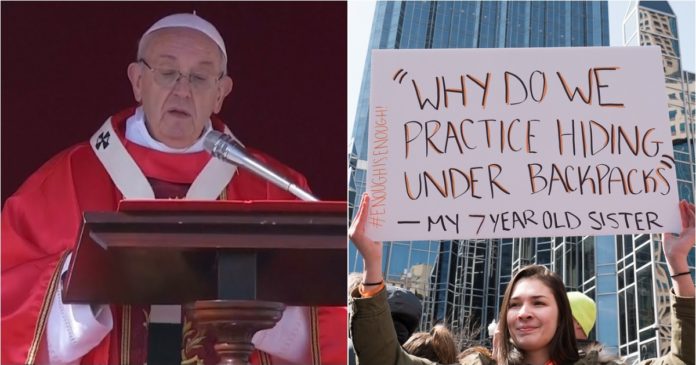 Pope Francis didn’t mention to the rally specifically, but he expressed his support for student protesters.

“Dear young people, you have it in you to shout… It is up to you not to keep quiet. Even if others keep quiet, if we older people and leaders, some corrupt, keep quiet, if the whole world keeps quiet and loses its joy, I ask you: Will you cry out?”

Hundreds of Catholic youths are descending on the Vatican this week to discuss ways to help young people grow in the church. The youths prepared a document in advance that was presented to the Pope before his pointed speech. World Youth Day is approaching.

Pope Francis is an extremely controversial figure among Catholics. A lot of conservatives detest his liberal tendencies.

“It’s unprintable what we say in private. Whenever two priests meet, they talk about how awful Bergoglio is … he’s like Caligula: if he had a horse, he’d make him cardinal… You mustn’t print any of this, or I’ll be sacked,” a powerful English priest told the Guardian.