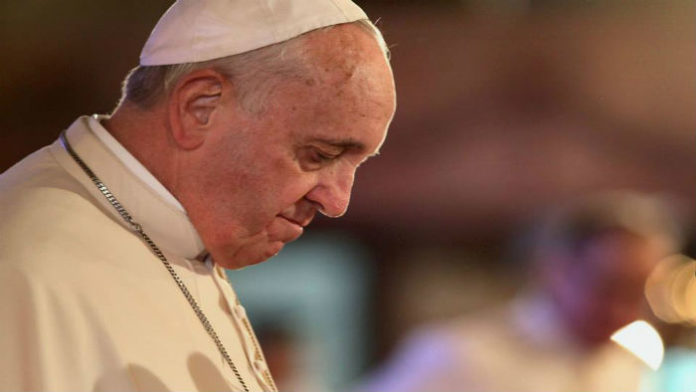 Pope Francis riled up his supporters Thursday by casting doubt on an accused sexual abuser’s guilt. Misleading headlines accusing the pope of attacking the victims instantly sprung up.

Bishop Juan Barros allegedly covered up the crimes of infamous Chilean pedophile, Rev. Fernando Karadima. Francis stunned listeners when he came out in support of Barros, demanding that his guilt is proven.

“There is not one shred of proof against him. It’s all calumny,” Francis said. “The day they bring me proof against Bishop Barros, I’ll speak.”

Pope Francis has repeatedly denounced sexual abusers and taken steps to hold them accountable. If he’s defending Barros it’s because he genuinely believes in his innocence.
His words, however, are being misrepresented.

“In the typical Chilean family, parents (now) think twice before sending their kids to Catholic school because you never know what is going to happen,” explained Patricio Navia, political science professor at Diego Portales University in Santiago.

“Then right before leaving, Francis turns around and says: ‘By the way, I don’t think Barros is guilty. Show me some proof.’”

The Catholic church has plenty of sexual abuse cases to work through, including those involving Rev. Karadima.

Pope Francis, however, isn’t guilty of anything except being too blunt. Believing in a man’s innocence until he’s proven guilty is what we want the pope to do.

According to the New York Post, Rev. Karadima “was found guilty of sexually abusing minors and sentenced to a ‘life of prayer and penitence’ away from the church in 2011. Criminal charges could not be brought, though, due to the statute of limitations.”

The awfulness of Karadima’s crimes is causing people to overreact, as though Pope Francis’ defense of Barros is equivalent to defending child abuse.

“He has just turned back the clock to the darkest days of this crisis,” complained Anne Barrett Doyle, of the website BishopAccountability.org “Who knows how many victims now will decide to stay hidden, for fear they will not be believed?”