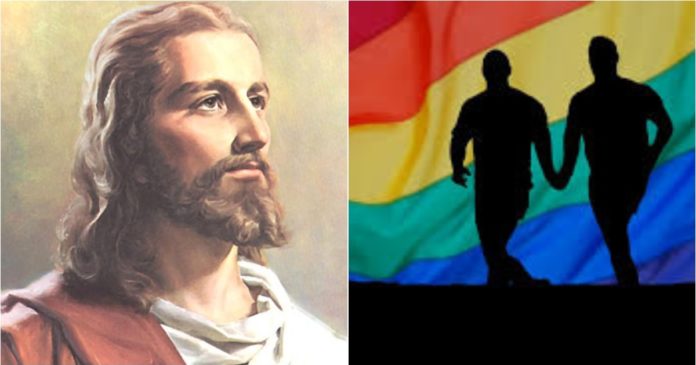 A controversial theology professor has become the Chair of New Testament Studies at the College of the Holy Cross. Students reveal that instructor is infected with same mania affecting the country’s liberals. He’s obsessed with gender believes that Jesus was a homosexual drag queen.

“What I am suggesting is that, when Jesus’ body is being penetrated, his thoughts are on his Father. He is, in other words, imagining his passion experience as a (masochistic?) sexual relation with his own Father,” Professor Tat-Siong Benny Liew has written.

According to the rogue theologian, Jesus didn’t just want to sleep with his holy father. He believes that the religious figure also had hankerings for his disciples. His reasoning? Jesus really liked water and water “speak(s) to Jesus’ gender indeterminacy and hence his cross-dressing and other queer desires.”

“Moreover, the position and prestige which accompany an endowed chair in Religious Studies testify to the esteem in which his work is held by the College’s administration and academic community,” a student wrote.

“He continues to be held up as an example and a bold successor to the learned and discerning tradition of our Catholic and Jesuit College of the Holy Cross.”

Liew’s teachings are exposed to undergraduate students. The College of the Holy Cross presents itself as a devoutly religious institution. However, even the most radical Christian would disagree with Liew’s views.

Everyone wants to be woke. Apparently, even schools that claim to be following Jesus’ mission are immune to societal trends. Playing around with gender is considered cool right now. It’s not surprising that someone went so far as to impugn Jesus. However, Liew’s vaunted position is shocking.

He sexualizes the son of God in a way that would make most Christians feel deeply uncomfortable.