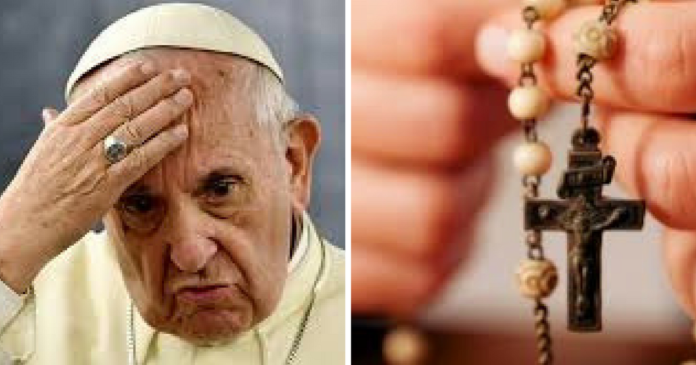 The Catholic Church has been under a lot of scrutiny since the turn of the century. The global sexual abuse scandal rocked its foundations and drastically altered many folks’ perception of the church, and it’s something that’s supposedly still being dealt with.

However, new evidence has come to light calling into question Pope Francis’ supposed strong stance against abuse and the Church’s cover-ups.

As reported at Yahoo, Pope Francis’ recent trip to South America has rekindled the debate over the Catholic Church’s de facto acceptance of sexual abuse. The Pope’s claims that no victims came forward to denounce the supposed church cover-up of the crimes have been proven false by an uncovered letter that the Pope received back in 2015 from a victim of abuse.

The letter graphically detailed the abuse the victim suffered and how the Chilean clergy ignored it. This letter was revealed by the Pope’s very own sex-abuse commission.

The 8-page letter’s existence contradicts the Pope’s claims that he has “zero tolerance” for sex abuse and cover-ups. It also calls into question his stated empathy with the victims of abuse.

This new scandal erupted during Francis’ South American tour, which was met with significant protests over his staunch defense of Bishop Juan Barros, who is accused by victims of witnessing and ignoring the abuse by the Rev. Fernando Karadima.

Francis fiercely dismissed accusations against Barros as “slander,” seemingly unaware that victims had placed Barros at the scene of Karadima’s crimes.

On the plane home, when confronted about his comments by a reporter, the pope said: “You, in all good will, tell me that there are victims, but I haven’t seen any, because they haven’t come forward.”

However, members of the pope’s very own Commission for the Protection of Minors say that in April 2015, they sent a delegation to Rome specifically to hand-deliver a letter to the pope about Barros.

The letter, from the victim Juan Carlos Cruz, detailed the abuse, kissing, and fondling he says he suffered at Karadima’s hands, which he said Barros and others saw but did nothing to stop.

Four members of the commission met with Francis’ top abuse adviser, Cardinal Sean O’Malley, to explain their concerns about Francis’ recent appointment of Barros as a bishop in southern Chile, and that’s when the letter was handed over.

“When we gave him (O’Malley) the letter for the pope, he assured us he would give it to the pope and speak of the concerns,” then-commission member Marie Collins told reporters. “And at a later date, he assured us that that had been done.”

Cruz, who now lives and works in Philadelphia, heard the same later that year.

“Cardinal O’Malley called me after the pope’s visit here in Philadelphia and he told me, among other things, that he had given the letter to the pope — in his hands,” he said in an interview at his home Sunday.

The Vatican has yet to respond to this explosive story but it’s sure to reignite debate over the Church’s seriousness when it comes to the cracking down on the clergy’s abuse problem. Francis has mostly said all the right things when it comes to the issue, but these revelations call into question the credibility of his comments and claims.