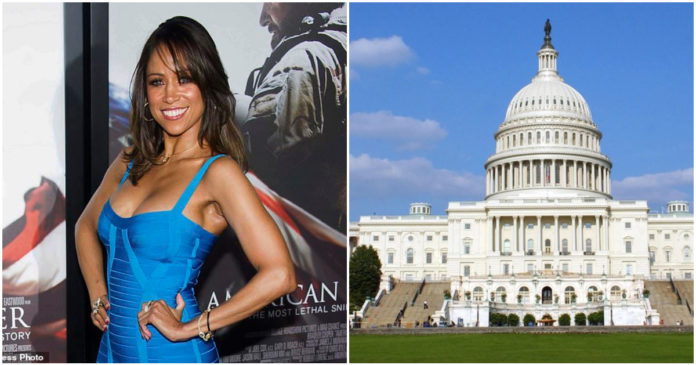 With the midterms on the horizon, campaigns are starting to ramp up for the battle ahead. For the Republican Party, it appears there’s plenty of vacated seats to compete for, which could be both good and bad news, as many of those retiring are doing so because they’re afraid of being beaten or because they don’t want to work with Trump.

Lots of folks think that the GOP is set to lose a lot of seats thanks to so many RINOs running away and because of the public’s supposed backlash against Trump, but regardless of the media’s unreliable forecasts, we’ll just have to wait and see.

As for one California seat, the race looks to be particularly interesting despite the incredibly high likelihood leftists will come out on top, as a conservative actress has just thrown her hat in the ring.

As reported at the Daily Mail, “Clueless” actress Stacy Dash is set to run for Congress in the upcoming midterms.

The 51-year-old has officially filed paperwork with the Federal Election Commission to run in California’s 44th district. Documents show that she intends to run as a Republican against the Democratic incumbent Nanette Barragan.

The district has far many more registered Democrats than Republicans, which is hardly surprising since it’s in California–and the Los Angeles area specifically.

The paperwork also reveals the campaign’s slogan, which will be “Dash to DC.”

Reps close to Dash haven’t responded to media inquiries, but it seems more than confirmed she’ll be running, as she’s been hinting at it on social media on top of the FEC filing.

Dash has worked as an on-air contributor at Fox News until 2016, and she’s been considering a run for office as she’s become more politically involved over the years.

Earlier this month she told her fans on social media she was thinking about a move into the political arena.

She wrote: “In response to numerous calls for me to run for office, I am considering a run for Congress. Would love to know what my fans and friends think.“

On February 22 she tweeted a teaser saying, “Things are taking shape.” The following day she posted the word “soon.”

It’s impossible to know what kind of chance she’ll have, but she must be commended for actually walking the walk and vying for office herself. It would be a sweet victory to take down a leftist in deep blue territory and it’d give the GOP a much-needed buffer seat in case some of the expected wins don’t go as planned.