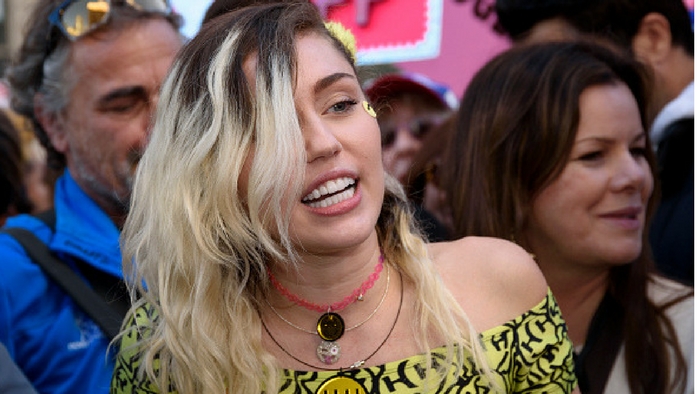 Lately, Americans seem to like their actors and pop stars with a side of politics. I guess it’s just another way that we try to relate to the rich and famous, however, not all of the famous people agree with one another. This can be emotionally traumatic for those who look up to the beautiful people, but if your world revolved around people you’ve never met, chances are you were a little emotionally stunted to begin with.

One celebrity disagreement that we got to see play out online was between former child TV star, turned POP icon Miley Cyrus and the Italian fashion designer Stefano Gabbana (of Dolce & Gabbana). Cyrus wanted to support her little bro, who was in their recent show, but she just couldn’t let the opportunity to take a crack at some conservative politics pass her by, apparently.

Pop star Miley Cyrus dug herself into a hole with famous Italian fashion designer Stefano Gabbana, one-half of the duo behind Dolce & Gabbana.

After Cyrus’ brother walked in the Dolce & Gabbana Spring 2018 Menswear runway show, the “Malibu” singer took to Instagram to criticize the designers for their right-of-center politics in a celebratory post about her brother’s modeling debut.

“PS D&G, I STRONGLY disagree with your politics…. but I do support your company’s effort to celebrate young artists & give them the platform to shine their light for all to see,” Cyrus wrote in the post. 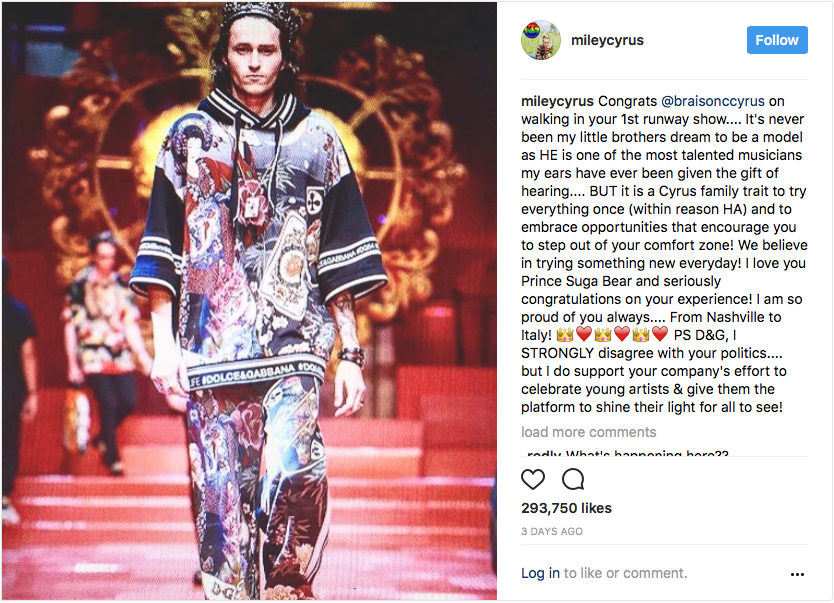 It’s a free country, obviously Cyrus is welcome to say anything that she wants, I’m just not sure what she thinks gives her the authority to school someone on politics. Yes, they have “polls” in politics, but I hope she knows it’s not the same as the “poles” she’s used to. Also, why would you publicize your family member wearing anything like that?

Gabbana obviously didn’t think that Cyrus had any place reading him the riot act about politics because he hit back. Hard.

(Breitbart) The post was enough for Stefano Gabbana to hit back at Cyrus, telling the celebrity to not post on her Instagram about his fashion brand.

“We are Italian and we don’t care about politics and mostly neither about the American one! We make dresses and if you think about doing politics with a post it’s simply ignorant. We don’t need your posts or comments so next time please ignore us!! #boycottdolcegabbana,” Gabbana wrote.

(I’ve put the horrible picture here again, just for the sake of proving that he really said that) 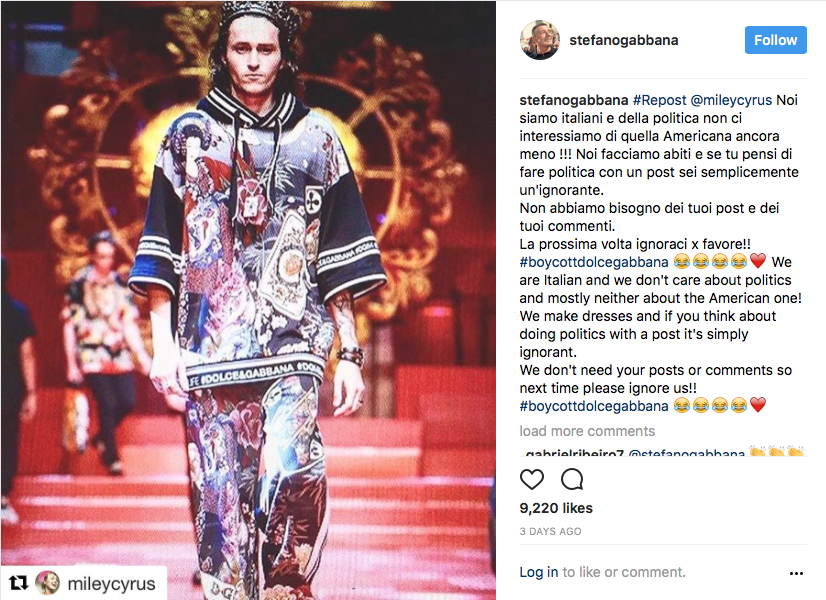 It’s not often that a company actually encourages the rich and famous to boycott them, but I guess when you’re on good terms with the Trumps, you’ve pretty much got it made.

It really was a bit of a narcisitic thought process that brought Cyrus to the idea that D&G was being political when they decided to dress the First Lady. Firstly, they’re Italian designers, which means that American politics don’t have just a huge bearing on them. Yes, in the long term sense that they do sell here in the United States and if the market goes down their sales might go down, but it’s a pretty big picture approach. Also, who ever said any of this was political? Somebody with bundles of money needed clothes, and they’ve been happy to privde it. The only thing American about that is the good old fashioned capitalisim that we hold so dear.

Personally, I’m just grateful that somebody actually put this chick in her place. She’s had a charmed life in many ways, much of which is due to the conservative politics that keeps the economy from collapsing, but neither age nor experience gives her the credibility needed to school such a successful individual on how and with whom they do business.

I’d like to say that I’m going to support them and go buy some Dolce & Gabbana right now, but who am I kidding.