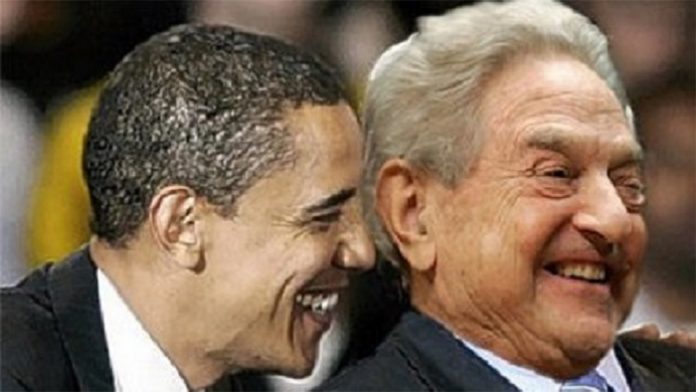 Obama not content with leaving office quietly has begun forming a new “shadow Government” to detract and attempt to derail the Trump presidency.

The new organization called “Organizing for Action (OFA) is designed to fight against any thing that the Trump administration attempts to do.

The OFA is said to have 250 offices established across the U.S. with 30,000 Professional Agitators ready to disperse and protest, riot and disrupt any current Trump administration activities. Obama truly wants the Trump presidency to fail.

OFA is funded by George Soros with designs on America becoming a socialist state without borders. This sabotage of the Trump presidency is designed to counter any and all attempts by the Trump Administration to undo the so called Obamas legacy.

Soros is of course hell bent on creating a One World Government. It goes without saying that Soros will do whatever is necessary to stop Trump. Trump being a huge thorn in the side of Soros giant global plan. Obama being a puppet of Soros is an integral part of this global government plan.

Obama has proven over and over that he is not to be trusted to do the will of the American people. The only way to stop this nonsense is for the American people to get behind our elected president and effectively tell Obama to get the hell out and take George Soros with him.

According to sources, Obama is also said to be attempting to install Tom Perez as the new head of the Democrat National Committee. Perez is the former Obama administration Secretary of Labor.