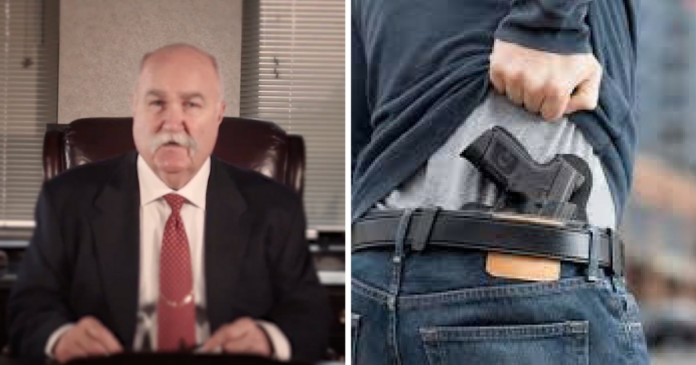 The horrific school shooting in Florida has reignited the gun control debate, which means that the Left is spewing all their emotional, devoid of facts talking points across the media. Everyone knows how they want to “prevent” these types of shootings, but because of their fear-mongering and shameless manipulation attempts, legitimate ideas that don’t involve eroding gun rights are either not heard or unfairly vilified.

Once again, in stark contrast to the Left’s ideas, there are plenty of conservatives offering up viable methods to combat the school shooting problem. And one of them is taking action instead of just talking the talk.

As reported in the New York Post, an Ohio sheriff believes the best way to prevent these heinous shootings is to arm teachers and allow US military veterans to patrol schools.

As it stands, schools are the ultimate gun free zones, which makes them prime and easy targets for crazies looking to go on a rampage. To mitigate this problem, Butler County Sheriff Richard K. Jones is looking to educate teachers on firearms.

Jones’ tweet stated the class would have a limited number of spots and would include training on school shootings.

“We’ve got to do something and I’m doing it today,” he told WLWT. Jones believes that in light of these incidents and folks desire to stop them, a legitimate first step is to educate school employees on how to use guns, how to identify guns, and how many rounds a gun can shoot in order to protect their students from shooters.

“We’re going to teach them about school shootings, what to do when someone brings a gun to the schools,” he said.

While Jones hasn’t received any support from local school boards or districts, he says he isn’t asking for their permission. He also said schools should stop with the fire drills, as shooters may pull an alarm to maximize the chaos and targets as people flood out into the open.

“We don’t need the fire drills that we have…” he said in a video posted on Facebook Thursday. “We need to put armed personnel in schools, we need to look at metal detectors.”

“We need to be prepared. This is not going to stop or go away,” Jones said. “The copycats are coming. Maybe we need like a czar of school safety for the whole United States or the state of Ohio.”

“We got to do it now while people are talking about it and we can make it happen,” he added.

Jones’ prescription is one often floated by gun advocates, and some schools have already implemented policies that allow teachers to carry guns. Teachers are considered respectable and trustworthy people, so there seems to be little harm in allowing them to have the means to defend the students they’re charged with taking care of on a daily basis.