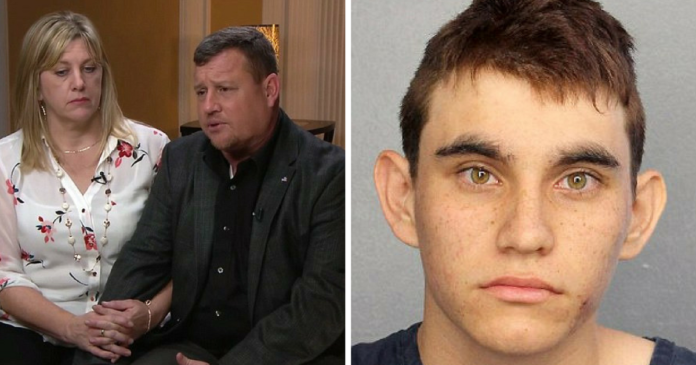 In the aftermath of the horrific Florida school shooting, we’re beginning to learn more about the psychopath that perpetrated the crime. Nikolas Cruz, by most accounts, was a disturbed individual that creeped a lot of people out, at least according to former classmates.

Many didn’t seem surprised when they found out it was him that carried out the attack, which says something about the young man’s demeanor and the impression he gave to those around him. But despite his classmates’ perception of him, the family he was staying with in recent months gave a surprising response to those that are asking why they didn’t stop Cruz from possessing guns in the first place.

As reported at the Daily Mail, the man who opened up his home to Cruz just months before the 19-year-old went on his rampage says that he doesn’t regret letting him buy and store several guns at his home.

James Snead said it was Cruz’s ‘right’ to own an AR-15, and that he didn’t think it was weird that the teen had already owned five or six guns by the age of 19.

Mr. Snead, a military intelligence analyst, and his wife Kimberly, a neonatal intensive care nurse, said that if they could do it all over again, they still would allow Cruz the same liberties when it came to guns.

Cruz moved in with the Sneads, the family of a former classmate, around Thanksgiving, weeks after his adoptive mother died of pneumonia.

Cruz and his brother were initially supposed to live with a family friend, but things weren’t working out with Nikolas, so he left his brother and moved in with the Snead’s. The Snead’s helped him get into a GED program, secure a job, and even got him into counseling, hoping to alleviate his depression

Mr. Snead said that one of the conditions he gave Cruz for living with them was to keep his guns in a safe, which he did. However, while he thought he had the only key, he suspects that Cruz found a way to procure another key or way to open the safe without his involvement.

When asked how many guns Cruz had, Mr. Snead was uncertain.

“I knew he had five or six; I didn’t know what kind they were. It didn’t matter what kind of guns they were. I have guns. I respect guns as long as they’re handled properly, safely. And one of the stipulations before moving in was to have a gun safe before he moved in,” Mr. Snead told CBS This Morning’s John Blackstone on Tuesday.

The Snead’s have claimed they were unaware of Cruz’s multiple Instagram accounts, which include several pictures of him showing off his weapons collection and mutilated animals. In the days since the shooting, it’s also been revealed that the cops were called to Cruz’s mother’s home nearly 40 times for violent outbursts.

The concern-trolling, disingenuous stooge interviewing the family expressed disbelief at Mr. Snead’s comments. “Did it worry you, him having access to guns?” Blackstone asked the couple.

“We feel heartfelt sorrow for the families involved. As far as being responsible, feeling responsibility, you know we worked that out and there was nothing different we would have done,” Mr. Snead said.

As usual, all the talk is about the scary “assault rifles” that leftists are so obsessed with. The interviewer repeatedly hit upon the fact that a 19-year-old owned one, completely dumbfounded by Mr. Snead’s belief that Cruz owning one at that age wasn’t strange at all.

But what do you expect from a limp-wristed journalist? Most of them don’t even know what an “assault rifle” is or the basic mechanics of how guns work and are classified. But that sure doesn’t and isn’t stopping them from trying to take away our freedom to own them. Mr. Snead had a lot of courage to say what he did in the face of such concern-trolling, for that, he deserves some credit.