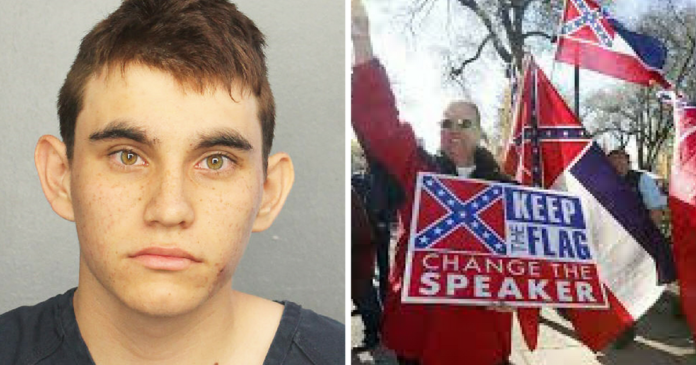 The tragic shooting in Florida Wednesday has already been seized upon by the Left, who are determined to use it to push their gun control agenda. As with every scumbag that’s gained national prominence via crime, the media’s doing everything they can to link the shooter to Trump and conservatives.

Their desperate attempts have led them to report murderer Nikolas Cruz had ties to a local white nationalist group. This “fact” has been triumphantly parroted by left-wing stooges who are giddy at what they see as a chance to maim Trump. But there’s just one problem. As always, the Left jumped the shark, as it appears that the initial reports of his membership with the group were wrong.

As reported at the Tallahassee Democrat, local law enforcement sources have not found a connection between Parkland school shooter Nikolas Cruz and a Tallahassee-based paramilitary group, contrary to the very popular media narrative that’s been passed around.

Leon County law enforcement sources say they haven’t found any evidence backing the claim Cruz was a member of the Republic of Florida Militia, as claimed by the group’s self-proclaimed leader Jordan Jereb.

Jereb’s comments to the Anti-Defamation League and The Associated Press set off a media firestorm Thursday, as the Left finally had the alt-right, white nationalist group connection they were hoping for.

But a few hours later, Leon County Sheriff’s Office spokesman Lt. Grady Jordan informed the press that his department’s investigation had yet to find any connections.

“We are still doing some work but we have no known ties between the ROF, Jordan Jereb or the Broward shooter,”

In a brief phone call with the Tallahassee Democrat, Jereb said there was “No way to put a good spin on all of this.“

“This is a negative situation,” he added before hanging up to speak with ABC News. After investigators said they found no link, a social media count with Jereb’s name said the whole thing was a “legit misunderstanding,” admitting that the group has several members named Nikolas. He also said he did not sleep “for like 2 days.”

The media fell for this little scam because they wanted it to be true. Any amateur journalist could have figured out that Jereb is a known publicity seeker, even if it’s bad. Back in 2014, he apparently wrote an angry message to the SPLC, complaining that they hadn’t listed the ROF as a hate group on their site.

Other right-wing groups are even aware of Jereb’s psychosis. In April 2017, Michael Tubbs, the leader of the Florida chapter of the League of the South, wrote that Jereb “never misses a photo op’ and called him ‘a nut job who should be avoided.’“

So there you have it. Another blatant attempt by the Left to smear the evil “right-wing” and Trump using a senseless tragedy.