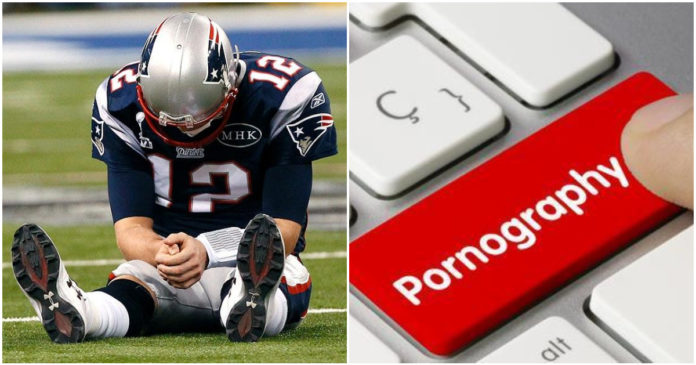 Sunday night’s highly entertaining Super Bowl resulted in ecstasy for the Philadelphia Eagles’ fans and heartbreak for those rooting for the Patriots. The five-time champions were poised to win back to back titles but came up short despite a fantastic performance from Tom Brady.

While Philly fans were busy celebrating in the streets Sunday night, New England fans took to the web to alleviate their depression. Rather than look up cute cat videos or something to cheer themselves up, they went in the opposite direction–pornography.

In Philly, at 10 pm and just minutes before the Eagles sealed their victory, viewership was down a gigantic 58 percent.

This lull and spike traffic during big sporting events has become standard according to Pornhub’s traffic metrics. Of course, the Super Bowl is the king of sporting events, so it has a significant effect on the views the site gets, especially since the game coincides with the site’s busiest time of the week, Sunday at 11 pm.

Still, it’s interesting to see how major sporting events affect the nation’s consumption of pornography, and even more so to find out that the losing side seems to consume more than everyone else.