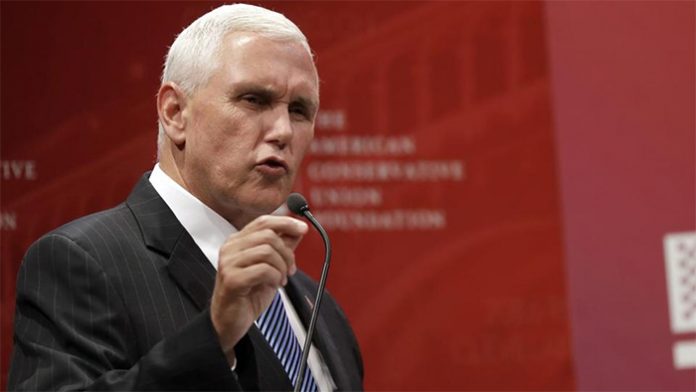 Once again the FBI cleared Hillary Clinton of any wrongdoing in her email scandal. And once again Mike Pence is pissed.

When James Comey announced over the weekend that the FBI had sifted through the ~650,000 emails that could have tied Hillary Clinton to sending classified information over a personal email server, we all raised one eyebrow and said, “Yeah, right.” I mean, no matter the software you’re using, it’s simply not possible to vet that much information in such a short time. We know it, you know it, and Mike Pence damn well knows it.

Not only that, but apparently Mike Pence knows more about what a crime is than James Comey does and Pence absolutely let the FBI have it when he heard the news of Hillary going free.

During a rally in North Carolina on Sunday, Pence taled about FBI Director James Comey, shortly after news broke that Comey issued a written that the bureau had “not changed” its conclusions that Clinton should not face indictment over her raucous email scandal.

Speaking at the Hickory Regional Airport, Pence said, “You have a four-star general that might get five years in prison, before the end of this year, for mishandling classified information,” of retired Gen. James Cartwright who was charged with lying to the FBI about discussing classified information with reporters about Iran’s nuclear program, during a probe.

Pence continued, “you have a sailor that just went to jail for taking a half-a-dozen photographs in a classified area of a nuclear submarine. So let me say this, if only for their decades of self-dealing with the politics of personal enrichment, mishandling classified information and compromising our national security, we must ensure that Hillary Clinton is never elected president of the United States of America.”

Pence declared, “the American people have had enough,” “and they have especially had enough of the fast and loose ethics of Bill and Hillary Clinton.” The crowd enthusiastically chanted, “Lock her up!”

That’s not the first time that a crowd has chanted “lock her up.” Here’s when a crowd did it on live TV on CNN.

It’s truly sad to see the justice system circumvented just because of who someone is. Let’s get Trump in office so we can change that for good!