ISIS and terror groups will stop at nothing to get new recruits, especially since their numbers are dwindling by the day.

Now, it seems, that they’ve taken a new approach: posting terror messages and jihadi tunes on YouTube to spread their messages of terror and hatred.

Worst part is that YouTube is the largest video sharing site in the world (though Facebook would argue that) so these messages are getting out to youths all around the world, even inside the U.S. 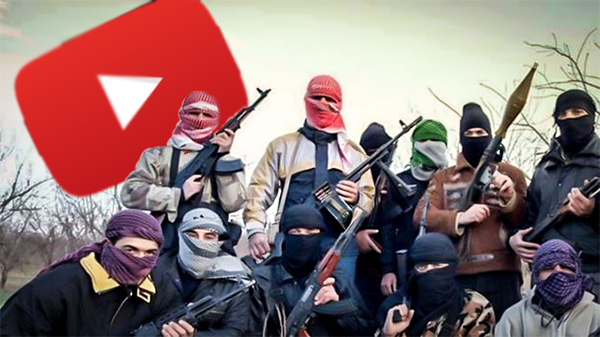 An analysis of YouTube playlists performed by the Middle East Media Research Institute (MEMRI) discovered multiple YouTube playlists containing jihadi music that glorifies terrorism and groups such as IS, al Qaeda, and Hamas.

‘Just like finding playlists on YouTube of certain genres of music or a certain artist, group or composer, any user can also listen to hours of jihadi music videos replete with images of fighting, glorification of terrorist leaders and organizations, and outright support of [Foreign Terrorist Organizations] such as ISIS or Hamas,’ according to MEMRI.

‘These playlists are homemade productions, likely put together by youthful enthusiasts, and relying on individuals posting videos who use names like ‘1 Khilafah Production,’ ‘Son of Bosnia,’ and ‘WegZumParadiesNr3,’ according to the report.

One playlist discovered by MEMRI included music that celebrates the radical exploits of IS and al Qaeda, as well as Syrian rebels and other global jihadist groups.

The internet is a free place, but things like this should not be allowed to happen online! Let’s start a petition to get YouTube to take down all these videos. Who’s with me!? Let’s hear it in the comments.