This is amazing news! I cannot stop saluting our boys overseas and those that protect the freedoms of this world and this great country.

According to reports coming out of London, we now have intelligence that ISIS might just become WASWAS. Apparently their forces are so depleted that it could really be a few days or even a matter of hours until every last one of them is wiped away from Syria.

Of course there might be more terror cells in other countries due to the migration crisis in Europe, but this is a major win against this horrible organization. 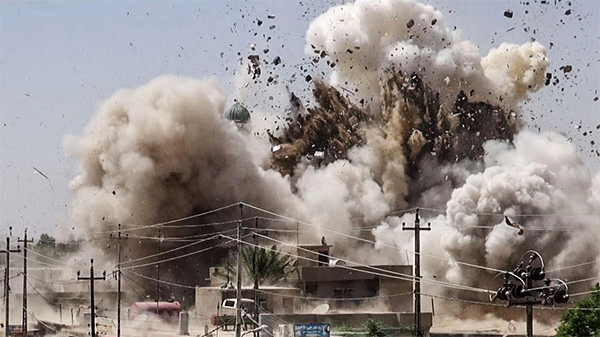 According to a London Express report Monday evening, Russian airstrikes, unruly leadership and numerous defections have destabilized the terror organization to the point that it is no longer capable of fighting off even a small attack.

The U.S. has led a coalition of airstrikes against ISIS. The New York Times reported that the coalition is preparing to open a major front in Raqqa, a city in northeastern Syria that is widely considered to be ISIS’ capital.

‘It won’t take very long at all to drive them, if not out of all of Iraq or Syria, then certainly the majority of their territories. They will hide in towns, but I would say do not to follow them as they would use innocent civilians as human shields. Leave them in these isolated settlements, and they will soon lose control.’

Amazing news! Spread the word and keep praying for everyone trying to rid the world of this menace.