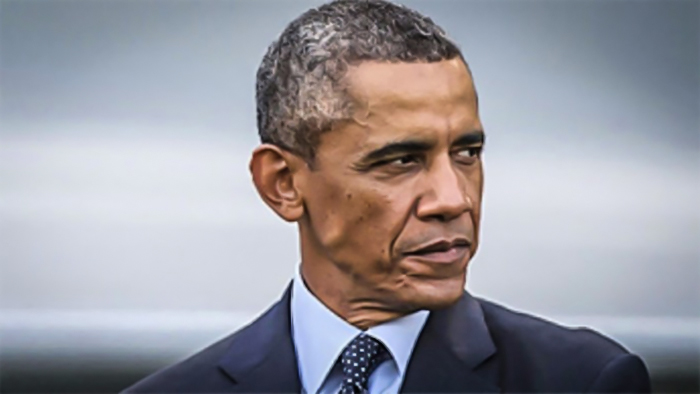 An activist group called Organizing For Action is in the process of training tens of thousands of protesters against President Trump. Guess who founded the group – Barack Obama.

Don’t believe it? Here’s a link to their official Facebook page and their official website.
When you go to BarackObama.com, scroll to the bottom of the page…see the link to OFA?

Organizing for Action, a group founded by Obama and featured prominently on his new post-presidency website, is distributing a training manual to anti-Trump activists that advises them to bully GOP lawmakers into backing off support for repealing ObamaCare, curbing immigration from high-risk Islamic nations, and building a border wall.

In a new Facebook post, OFA calls on activists to mobilize against Republicans from now until Feb. 26, when “representatives are going to be in their home districts.”

The protesters disrupted town halls earlier this month, including one held in Utah by House Oversight Chairman Jason Chaffetz, who was confronted by hundreds of angry demonstrators claiming to be his constituents.

The manual, published with OFA partner “Indivisible,” advises protesters to go into halls quietly so as not to raise alarms, and “grab seats at the front of the room but do not all sit together.” Rather, spread out in pairs to make it seem like the whole room opposes the Republican host’s positions. “This will help reinforce the impression of broad consensus.” It also urges them to ask “hostile” questions — while keeping “a firm hold on the mic” — and loudly boo the the GOP politician if he isn’t “giving you real answers.”

“Express your concern [to the event’s hosts] they are giving a platform to pro-Trump authoritarianism, racism, and corruption,” it says.

The goal is to make Republicans, even from safe districts, second-guess their support for the Trump agenda, and to prime “the ground for the 2018 midterms when Democrats retake power.”

“Even the safest [Republican] will be deeply alarmed by signs of organized opposition,” the document states, “because these actions create the impression that they’re not connected to their district and not listening to their constituents.”

After the event, protesters are advised to feed video footage to local and national media.

“Unfavorable exchanges caught on video can be devastating” for Republican lawmakers, it says, when “shared through social media and picked up by local and national media.” After protesters gave MSNBC, CNN and the networks footage of their dust-up with Chaffetz, for example, the outlets ran them continuously, forcing Chaffetz to issue statements defending himself.

A script advises callers to complain: “I’m honestly scared that a known racist and anti-Semite will be working just feet from the Oval Office … It is everyone’s business if a man who promoted white supremacy is serving as an adviser to the president.”

The document provides no evidence to support such accusations.

So, it couldn’t be any clearer, folks.

Barack Obama is pushing protests and is behind this new push to resist President Trump, which isn’t surprising. Obama warned us before he left office that he wouldn’t be quiet about the Trump presidency.