Obama has come out against Republicans. This is nothing new, but this time there’s a slightly different twist to his same old rhetoric.

Now, our Socialist-in-chief has gone on record saying that Republicans hurt the working American, scolding us for trying to become the party of the middle class. Well, considering Obama and the democrats haven’t done jack in the last 7 years to help bolster the middle class, I’d say we’re actually the right people for that particular job. 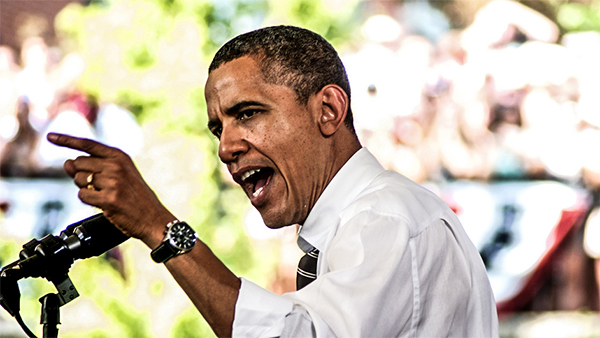 President Obama chastised Republicans on Monday for trying to “re-brand themselves as the party of the middle class” while opposing efforts to raise the minimum wage and bragging about busting unions.

“You can’t say you care about working people and then do things that hurt working people,” Obama said in a Labor Day speech to the Greater Boston Labor Council.

The president sought to highlight the sharp divide between Democrats and Republicans on workplace issues heading into the 2016 presidential race.

While flying to the Boston event from Washington, Obama signed an executive order requiring federal contractors to offer employees up to seven paid sick days a year. The president said that would give more than 300,000 workers paid sick leave for the first time. About 40% of Americans who work in the private sector don’t get that benefit, Obama said.

The Republican-led Congress has opposed efforts by Obama to give paid sick leave to all Americans, raise the minimum wage, and provide paid family leave to care for new babies or sick family members.

We’ve already reported on a liberal trying to give all his employees the same pay. It didn’t turn out well. When will liberals learn that if you want to make money in this country, you have to work at it. A job is a privilege, not a hand out!