This is just how polarizing and powerful the Trump campaign has become.

Jeb Bush, once the GOP front-runner for the Republican nomination, has seen better days this campaign season.

Now, due to Trump’s steamrolling of the competition and Ben Carson’s strong 2nd place in nearly every state, Jeb Bush’s campaign is on deathwatch. How do we know this? Because Bush’s funds are dwindling and it’s showing by how he’s campaigning. Trump is beating him in every way, and now even monetarily with campaign funding. 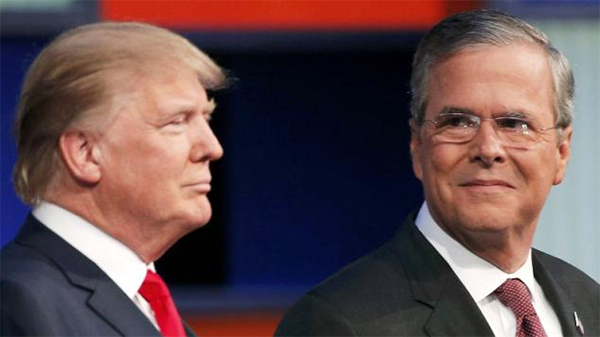 First, Sen. Ted Cruz (R-TX) and Ben Carson both beat Jeb to the money release punch with massive hauls of cash in the last quarter. The fact that Jeb has yet to release his fundraising numbers pretty conclusively indicates that they will be a disappointment – but even if they aren’t, the other candidates will clearly have enough money to stay in the game regardless of what Jeb Bush does.

So Bush’s days are numbered. Ted Cruz also has surpassed Bush in Poll numbers, moving in to 3rd place over the weekend in many states, dropping Bush to 4th and sometimes 5th in state polls and 4th overall nationally.

Last week, Bush spent three days in Iowa, traveling again from Des Moines to the state’s eastern edge, campaigning in the Mississippi River towns of Bettendorf and Muscatine — but this time, he went by car. The campaign also cancelled its reservation at the tony Hotel Blackhawk in nearby Davenport, staying instead at a cheaper hotel. More and more, Bush is flying commercial.

Usually a candidate will not do that at all. This is proof that Bush is about to drop out! Go Trump go! Another one bites the dust.