Donald Trump’s daughter, Ivanka, was about to finish her first year of college, alongside Hillary Clinton’s daugher, Chelsea. Like so many others her age, Chelsea considered herself to be very liberal, and among other liberal ideals she was very much in favor of higher taxes to support more government programs — what Ivanka dismissed as “redistribution of wealth.”

Chelsea was deeply ashamed that Ivanka was a rather staunch conservative, and a rich one at that — a feeling she openly expressed. Based on the lectures that she had participated in, and the occasional chat with a professor, she felt that Ivanka had for years harbored an evil, selfish desire to keep what she thought should be hers, rather than benefit society.

One day Chelsea was challenging Ivanka on her opposition to higher taxes on the rich and the need for more government programs.

“You don’t need to spend money on these expensive furnishings in your huge house when there are people who need to earn more than minimum wage and better food!” she lectured.

To her shock and amazement, all Ivanka said in reply was “Welcome to socialism.”

That’s it? she thought to herself — no argument? But before Chelsea could even think of a follow-up, Ivanka asked, “How are you doing with your studies?”

Taken aback, Chelsea answered rather haughtily that she had a 4.0 GPA, and said that it was tough to maintain, insisting that she was taking a very difficult course load and was constantly studying, which left her no time to go out and party like other people she knew. She didn’t even have time for a boyfriend, and didn’t really have many college friends because she spent all her time studying.

Ivanka listened and then asked, “How is your friend Audrey doing?”

Chelsea replied, “Audrey is barely getting by. All she takes are easy classes, she never studies, and she barely has a 2.0 GPA. She is so popular on campus; college for her is a blast. She’s always invited to all the parties, and lots of times she doesn’t even show up for classes because she’s too hung over.”

Ivanka was closing in now. She asked Chelsea, “Why don’t you go to the Dean’s office and ask him to deduct a 1.0 off your GPA and give it to your friend who only has a 2.0. That way you will both have a 3.0 GPA and certainly that would be a fair and equal distribution of GPA.”

Chelsea, visibly shocked by Ivanka’s suggestion, angrily fired back, “That’s a crazy idea, how would that be fair!? I’ve worked really hard for my grades! I’ve invested a lot of time, and a lot of hard work! Audrey has done next to nothing toward her degree. She played while I worked my tail off!” 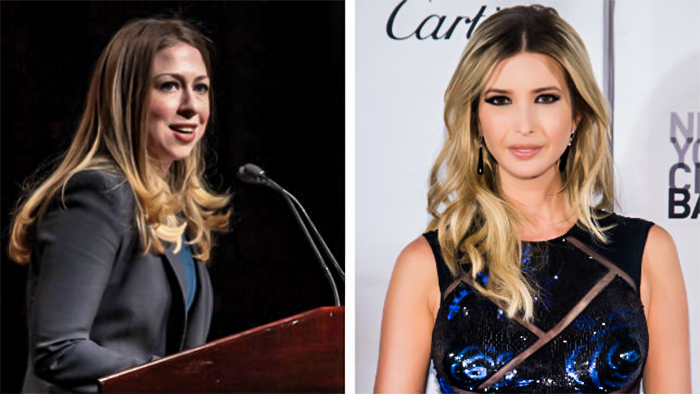