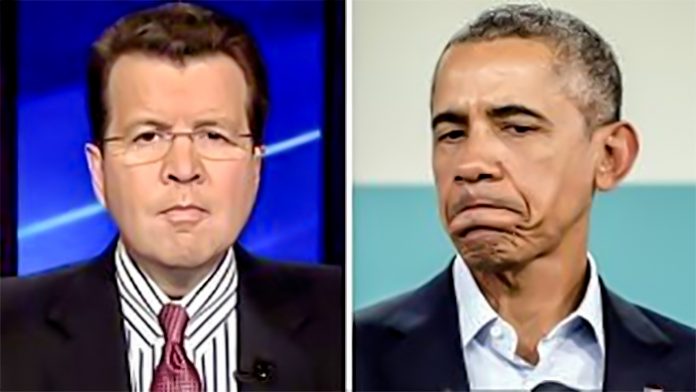 With just weeks left in his presidency (thank the good lord for that), President Barack Obama has continued to blame everything and everyone for his failures and the Democratic party losses this election season. This has been a common theme throughout the entirety of Obama’s presidency.

Obama has done this time and time again, yet he doesn’t have the foresight to realize that he is one of the greatest contributors to all of the troubles in this country for the last eight years. It certainly looks like he will never take any responsibility, rather he blames Trump’s win on misguided Republicans that watch Fox News in bars.

Thankfully, those at Fox News aren’t taking it lightly, and they’re hitting back ten times as hard. First up is Laura Ingraham:

Brutal, Laura, but 100% spot on. In addition, she also took on Obama for another juvenile pile of garbage, namely Obama’s inaction on the economy:

“Almost seven in 10 people routinely say the country’s going in the wrong direction, wages have basically been flat since 1999, and yet this president comes out and in a very infantile manner blames cable news without any sense of personal responsibility,” Ingraham said during a panel discussion on Fox News’ “Special Report.”

“In this election, [voters] turned out in huge numbers for Trump. And I think that part of it has to do with our inability, our failure, to reach those voters effectively. Part of it is Fox News in every bar and restaurant in big chunks of the country, but part of it is also Democrats not working at a grassroots level, being in there, showing up, making arguments,” Obama said.

“They say Trump can be immature at times, [but] what was that?” Ingraham asked. “And he goes over to Europe and he goes, “well you know I’m actually very popular, look at the polls, my policies are actually very popular,” [but he] just got shellacked, [his] party just got shellacked,” she said. “At least do what Bill Clinton did and say you know, that was a drubbing, we really took it.”

Of course, Obama has spent his entire time in office blaming other people — President Bush, closet racists, Fox News, conservative talk radio — for his own failures and unpopularity, so it’s hardly surprising that with less than two months left in office his blame-everyone-but-himself game is still going strong.

Next up is Jim Cavuto, who makes the case that Fox News didn’t win the election, Obama lost it:

The fact is, Obama will be gone from the American political scene in a few weeks and I think we speak for the majority of America when we say that we couldn’t be more happy. His reign of do-nothing, sit-back-and-blame, will officially be over, and we can get back to actually getting things done.