I’m truly inspired for the support that the community has shown for this brave family.

The wife and children of slain Texas Deputy Sheriff Darren Goforth, will be receiving more than $500,000 in support funds. How did this happen?

Well the wonderful site GoFund Me has some amazing Americans create a fund for the family. 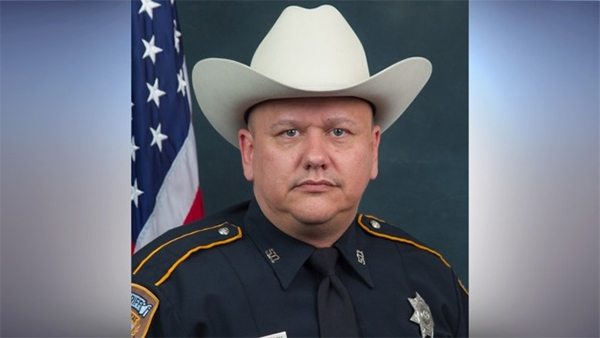 A GoFundMe account was established on August 29th by a close friend of Deputy Goforth, Harris County Deputy Sheriff Brandon Herlong. In the nine days since setting up the account, people have shown support by donating more than $306,176 as of this publication date. 4,362 people have joined in donating to the Texas deputy’s family. Frank Siller, chairman and CEO of Tunnel to Towers, told Click2Houston his organization would also provide additional funding for renovations, if necessary. During the writing of this article, more than $1,000 has been donated.

Since Goforth’s senseless murder, volunteers have manned the Chevron gas station where he was killed. As of Saturday night, volunteers told Breitbart Texas writer Lana Shadwick that they had raised an additional $200,000 for the Texas deputy’s family.

I’m proud to be an American when I see amazing stories like these. We salute you all who are keeping up the good fight and all the support for this family.