Ted Cruz and Donald Trump have battled it out for months, vying for the Presidential nomination. After a victory in Wisconsin, the two candidates set their sights on New York. Only one problem – that’s prime Donald Trump country.

Ted Cruz held a rally in New York to bolster support, and I want you to guess how many private citizens came to support him. NOPE, it’s ten. Ten people came. A presidential candidate on the national stage couldn’t gather enough people to satisfy a dinner party, much less a rally. 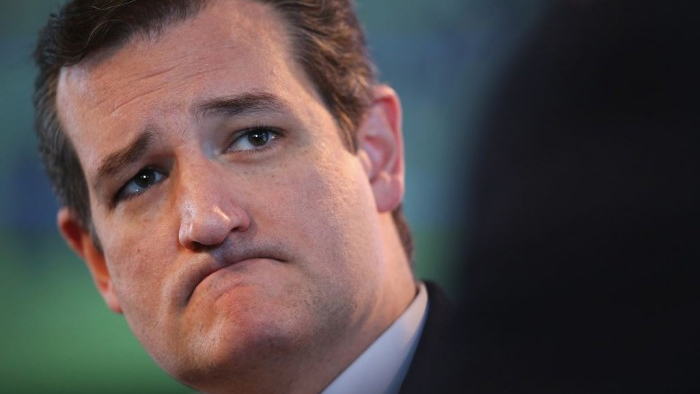 There are more than 1.4 million people in the Bronx — but Ted Cruz couldn’t even muster 100 at a campaign event in Parkchester with state Sen. Ruben Diaz Sr., a conservative Christian minister.

Cruz visited the Sabrosura Chinese-Dominican restaurant, where Diaz said the presidential candidate could “listen to the social, economic and spiritual needs of our community” while dining with other clergymen on the eatery’s famed fried rice and plantains.

Aside from about 70 ministers affiliated with Diaz, only a dozen voters turned up — and two of them were tossed out after screaming protests about the Texas senator’s hardline stance on immigration.

Instead of trying to court the people of New York, he seemed to shoot himself in the foot more:

Cruz, meanwhile, doubled down on his assault on “New York values,” though he rebranded his message to make it easier for conservative New Yorkers to swallow by calling them “liberal Democratic values” and linking them to Donald Trump.

“Let’s be clear. The people of New York know what those values are, the values of liberal Democratic politicians like Andrew Cuomo, like Anthony Weiner, like Eliot Spitzer, like Charlie Rangel, all of whom Donald Trump has supported, given tens of thousands of dollars to throughout the years,” said Cruz, a day after his decisive win over Trump in the Wisconsin primary.

Before the event with the conservative state senator, his son, Bronx Borough President Ruben Diaz Jr., slammed Cruz as a hypocrite at a press conference arranged by the Hillary Clinton campaign.

“Ted Cruz is a hypocrite. He not only offended New Yorkers, he offended Bronxites, and now he’s here today in New York and in the Bronx looking for money and votes,” Diaz said. “We in the Bronx know how offensive he’s been. We know the truth about our borough.”

Meanwhile, Donald Trump drew a capacity crowd in the same state. Funny how that works.