When President Barack Obama took the stage in a farewell speech that summed up his Presidency, to a crowd of die-hard liberals, one marine known only as “J” wasn’t convinced.

J contacted us to publish his response to Obama’s farewell speech, and essentially his entire Presidency. We can’t agree more. Here is the letter in its entirety.

This Is Your Legacy

“For the first time, I can say that I’m proud of my country.” No, these aren’t my words, they’re the words of your wife when you took office in 2009. This set the tone for the kind of President you’d be, and the kind of legacy you left behind.

Your speech to your adoring fans screaming “Four more years!” makes for a good sound bite and video clip, but it doesn’t paint the picture of the tens of millions of regular Americans that voted you in twice and gotten stabbed in the back for it.

You stood in front of hundreds of veterans and promised that their lives would be better after you took office, that they would get the care that their country owed them. Eight years later, the VA is more broken than ever and my brothers and sisters in arms are committing suicide at an all time high. You ignored the advice of wartime Generals and pulled troops out of an unstable country and gave rise to ISIS, the most evil group of people on the planet. This is your legacy.

Our country is twice as much in debt as it was when you took office, to the tune of nearly $20 trillion. That number is so large that is may as well be monopoly money, and the only people that are footing the bill are our children, the ones that you cut off at the knees by taking millions in “donations” from bloated teachers’ unions. You know, the ones who hire teachers who can’t teach and can’t be fired. This is your legacy.

You said that America became stronger, but all you did was apologize to corrupt world leaders and made deals with radical Muslims who want us and our allies in Israel to be wiped off the map. You downplayed terrorist attacks as workplace violence, and used national tragedies to trample on the second amendment rights of law abiding citizens. You legitimized the hateful Black Lives Matter movement and gave them the ability to poison the minds of our inner city youth, then stood on the graves on the officers that lost their lives as a result and had the audacity to lecture grieving police officers about race relations. This is your legacy.

You said middle America clings to God and guns, while you waged war on both. You tried to pass yourself off as a Christian, while telling radical Muslim nations that practice Sharia Law that you stand with them. This is your legacy.

You spoke about Obamacare being a force for good, but don’t have the common sense to realize that holding a gun to the heads of people who work for a living, to pay for the ones that don’t, makes everyone worse off. Making it illegal for people not to have coverage is exactly the kind of socialism that conservatives warned about before you got into office. You dismissed these claims as conspiracy theories, but now we have regular, healthy families having to pay tens of thousands of dollars for the bare minimum of healthcare. This is your legacy.

Before you were elected, you made the case that the first black President would be a milestone for this country. Eight years later, you’re standing on the podium, saying “Yes, We Did,” like you’ve accomplished something other than playing a record amount of golf as the country gets ready for its second great recession. This is your legacy.

What may come as a surprise to you and the rest of the now far-left pundits that run the media is, the color of your skin never mattered to America. It was the policies that attracted Americans, the decency and unity that you said you’d restore to this nation, and it was the betrayal of these ideas which gave us an actual outsider, and the person that you failed to stop, Donald Trump.

Your Presidency was a wake-up call for America. You said that you’re now motivated to chime in about our political system as a citizen, but I’m here to tell you, as someone who loves this country and will fight to the death to protect the Constitution that you referred to as “just a piece of parchment,” that America has awakened to your self-serving ideology and they’ve had enough of you.

In ten days, a new President will take up residence in the White House and your eight years of unconstitutional executive orders that sets violent criminals free, disastrous economic policies, and weak foreign policies will be erased.

You will be the President that will be remembered by those too young to know any better, not as a champion and protector of our rights and Constitution, but as a celebrity.

Everything you’ve done to this country over your eights years will be wiped from the history books, and your legacy, as much as it hurts right now, will be nothing more than a distant memory.

I wish you farewell, and I’m hopeful for the future of my country, which just proved that it deserves someone better than you. 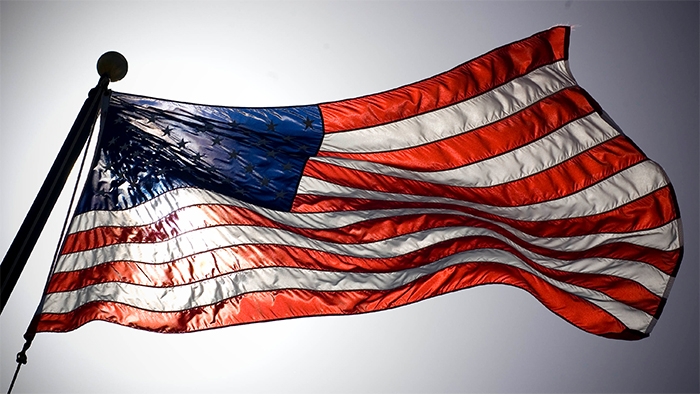 (Note: For the sake of political backlash, the author of this article would prefer to remain anonymous. The picture of the marine was taken here, and is a stock photo.)