Seems as though the threats made by ISIS might not have been so far fetched after all.

The migrant crisis in Europe has reached a head and countries and beginning to tell refugees to stay out.

And that might be a good thing too because as 29 migrants were detained, 1 was identified as a known terrorist.

Extraordinary scenes were witnessed at the Roszke-Horgos border crossing last night as 1500 migrants attempted to break through the country’s border fence. Hungarian police were forced to fire tear gas and water cannon as the rioters hurled missiles, including rocks and concrete, while chanting ‘allah hu akbar.’

This has all come to a head of course after ISIS said that they would use the immigrant crisis to infiltrate the west. 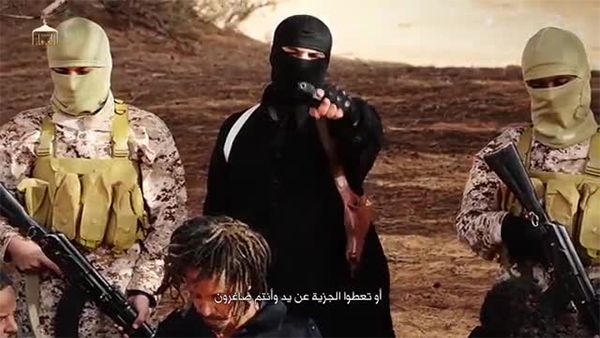 Hungary has been widely condemned for its actions in holding off the rioting masses. Montserrat Feixas Vihé, the UNHCR Regional Representative for Central Europe, told the Telegraph: ‘I think it is very sad to use violence against refugees.’

I disagree when you’re identifying TERRORISTS in their ranks. Are you trying to harbor these terrorists? All I know is I hope they capture them all there so non of them make it across the pond to the U.S. Who’s with me?