Stop me if you’ve heard this one!

Bill Clinton, Hillary Clinton, and Al Gore were in an airplane that suffered mechanical failure and crashed.

They wake up in heaven, and they find God sitting on the great white throne. God addresses Al Gore first.

Al replies, “Well, I believe that the combustion engine is evil and that we need to save the world from CFCs and that, if any more freon is used, the whole earth will become a greenhouse and we’ll all die.”

God thinks for a second and says, “Okay, I can live with that. Come and sit at my left.”

God then addresses Bill. “Bill, what do you believe in?”

Bill replies, “Well, I believe in power to the people. I think people should be able to make their own choices about things and that no-one should ever be able to tell someone else what to do. I also believe in feeling people’s pain.”

God thinks for a second and says, “Okay, that sounds good. Come and sit at my right.”

God then address Hillary. “Hillary, what do you believe in?”

“I believe you’re in my chair.” 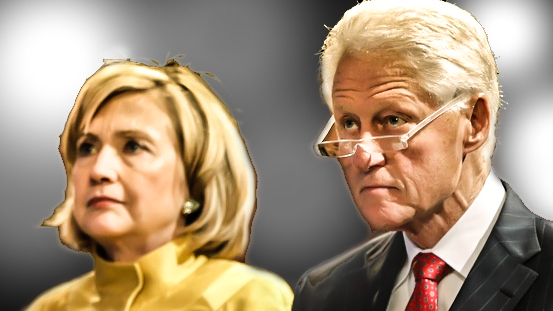