In South Los Angeles, a 3-family house was destroyed by a fire.

A family of illegal Mexicans and die-hard Bernie Sanders supporters lived on the first floor, and they all died, sadly.

On the second floor lived a family of Muslim refugees, who were huge Hillary Clinton supporters. They also tragically lost their lives to the fire.

On the top floor lived a pair of white Donald Trump supporters. They survived.

When the press got wind of this, they went into a frenzy.

Al Sharpton, Gloria Allred, Hillary Clinton, and Bernie Sanders all flew into LA and met with the Fire Chief, on camera.

They loudly demanded to know why only the minority Democrats died in the fire and why only the white Republican couple lived.

The Fire Chief smiled and said, “They were both at work.” 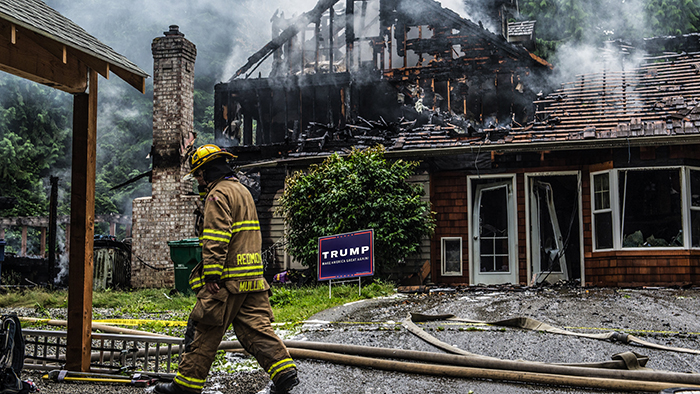