The evidence keeps mounting. Hillary is going down.

As her lead dwindles in the primaries (she’s lost 8 of the last 9 primaries), Hillary continues to get bad news from the FBI, and we couldn’t be happier. According to documents, a longtime Clinton friend, co-founder of the Clinton Foundation, and all around horrible person because of corruption charges, Muhammad Yunus, has apparently received over $13 million from the Hillary and the Clintons.

The FBI is now looking into it and Hillary could be in court for a 3rd offense. This is insane! 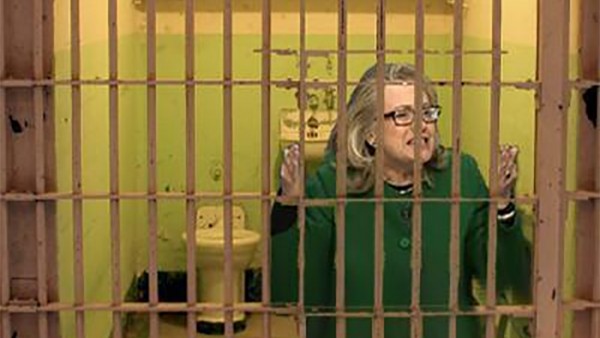 Hillary Clinton’s Department of State awarded at least $13 million in grants, contracts and loans to her longtime friend and Clinton Foundation donor Muhammad Yunus, despite his being ousted in 2011 as managing director of the Bangladesh-based Grameen Bank amid charges of corruption, according to an investigation by The Daily Caller News Foundation.

The tax funds were given to Yunus through 18 separate U.S. Agency for International Development (USAID) award transactions listed by the federal contracting site USAspending.gov.

Groups allied to Yunus received an additional $11 million from USAID, according to the contracting website. Yunus had business relationships with all of them.

..and due to her involvement in the Clinton Foundation, this could mean that Hillary faces 3 completely different sets of charges from the FBI in the coming months. I don’t know about you, but I hope they throw the damn book at her!