Yes! So much yes! This should be happening around the world!

In the wake of the Paris bombing by terror group ISIS, the French Interior Minister Bernard Cazeneuve has called for all of France to shut down it’s mosques immediately! I’m sure liberals will be up in arms about this, but what they fail to realize is France is trying to protect itself.

The U.S. should take a note and do the same. 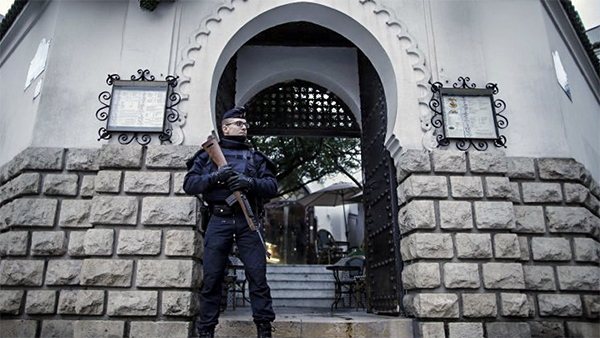 The interior minister of France has called for the dissolution of “mosques where hate is preached” following a string of attacks that left at least 129 people dead across Paris. Bernard Cazeneuve made the comments during an interview on French television, according to a report by MSNBC.

The minister has long been an advocate for addressing the concerns of the country’s five million Muslim residents, particularly after January’s attacks at the Charlie Hebdo office. But Cazeneuve has also made significant efforts to curb homegrown extremism. France increased surveillance at religious and cultural centers earlier this year and has been cracking down on supposed radicalization in prisons.

‘Foreign preachers of hate will be deported [and their mosques] will be shut down,’ Cazeneuve told Agence France-Presse earlier this year.

Yes! Amen to this huge step in the right direction! Islam and radical muslims have no place in our world with their archaic beliefs and heinous treatment of women and humanity as whole. God bless you France and keep fighting the good fight! You have our full support.