All illegal aliens are criminals. You actually can’t argue that. It’s a fact. “Illegal” means not lawful. Therefore, they are criminals.

This is proven more so than ever with news out of Texas where three illegal immigrants were just caught trying to sneak across the border. Now, you’ll hear liberals saying things like, “They were only trying to make better lives for themselves! They were trying to escape the horrible poverty in Mexico! Blah blah blah!” Well when you hear that, show them this post and shut them up for good.

These illegal immigrants have records as convicted rapists. 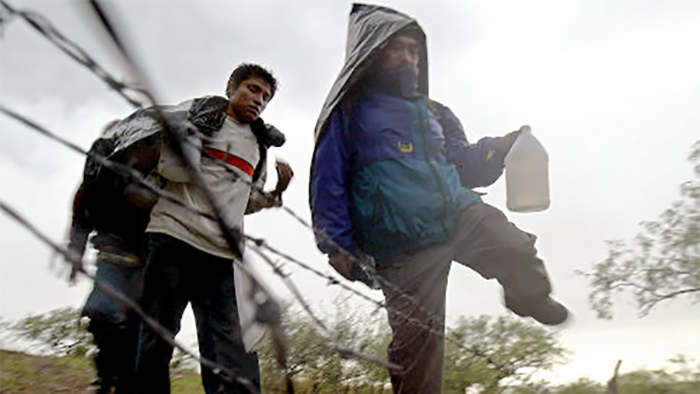 Over a period of three days, three illegal aliens from El Salvador with criminal records as rapists are facing immigration charges after getting arrested near the Rio Grande Valley of the Texas border with Mexico.

Chicas was deported on December 5, 2014 after he was released from prison for having “sexual intercourse with a child over the age of 15”.

In the second case, U.S. Border Patrol agents arrested 42-year-old Salvador Antonio Coreas Rodriguez on Tuesday near the border city of Hidalgo, court records from his arrest revealed. When authorities ran a records check on him they learned that Coreas-Rodriguez was convicted in on May 2011 on the charges related to having the rape of a victim under the age of 15.

The third case involved 34-year-old Denis Antonio Polanco who went before U.S. Magistrate Judge Peter Ormsby, also on Tuesday. During a records check, agents learned that he had been deported in June 1999 following his 1998 conviction of rape, court records obtained by Breitbart Texas revealed.

To prove that this is indeed a problem that real Americans are facing, here’s a video of a farmer that deals with illegals every day:

Let in whoever? Open borders? This is who you’re getting Liberals. Wake up.