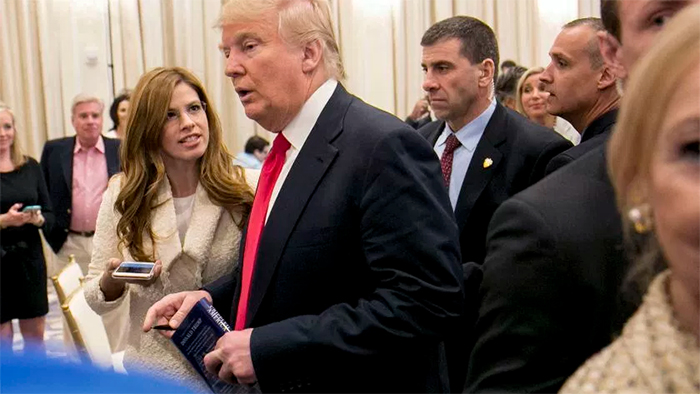 Mere moments after it was announced today that Donald Trump’s Campaign manager would be charged with simple battery in the case with former Breitbart employee Michelle Fields, Trump’s spokesperson slammed the allegation saying it was completely bogus.

The spokeswoman in question, Katrina Pierson, went on the CNN show “wolf” to clear the air about Corey Lewandowski and his supposed battery. It’s absolutely ridiculous that this allegation came about in the first place.

Here’s the full segment from CNN.

Pierson told host Wolf Blitzer the campaign had “total confidence” in Lewandowski and anticipates he will be exonerated.

Pierson went on to say that Lewandowski will remain with the Trump and that he wasn’t going anywhere. She went on to add there were questions about the Fields’ story’s evolution over time.

“We keep forgetting the initial charges that she made, that the reporter made in her own words and they are out there, she specifically said that he aggressively grabbed her and nearly threw her to the ground,” Pierson replied. “It is very obvious that is not what happened in this case. Mr. Lewandowski is going to fight it.”

“It’s actually the reporter at The Washington Post that created the narrative,” she added. “I mean, what we have seen over time is the story did change a little bit. She didn’t even go to the authorities for a couple of days after the attention started to rev up. I think we will see moving forward she wasn’t too concerned about the reaction initially. She didn’t contact the campaign or the authorities. She didn’t contact anyone other than Twitter when the alleged incident occurred.”

And here to shed light on the entire matter from the sidelines, is one of our favorite YouTubers, Paul Joseph Watson:

We support Trump AND his campaign in this matter. What about you? Let’s hear it in the comments!