There is no end to the Trump hate, but we all know it’s nothing but hot air. The polls show otherwise and those closest to him know he’s a great man.

Look no further than Ivanka Trump, the Donald’s daughter. She is an incredible person along with her father and she is speaking out against the hate filled, liberal mindset saying that Donald Trump is sexist. I mean who would know about this topic better than his own family? No one.

Here’s what she had to say. 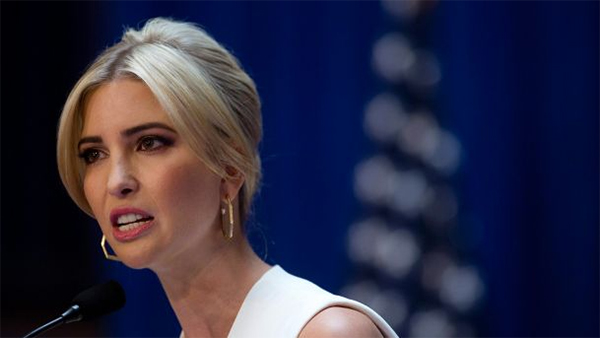 Donald Trump’s daughter Ivanka told CNN on Wednesday that criticism of her father over his treatment of women is largely orchestrated by the media and that she is living proof that he doesn’t discriminate.

Donald Trump is ‘very blunt and very direct,’ but is ‘nongender specific’ when he criticizes people he disagrees with, Ivanka Trump told CNN’s Poppy Harlow in an interview aired on ‘Out Front with Erin Burnett.’

What’s interesting about this is that Ivanka is proving that Trump is a savvy and expert businessman, negotiator, and stoic family man, which is everything we’d want in a commander in chief.

‘He’s always supportive and encouraged women, and, truthfully, he’s proven that through decades through his employment practices, through his hiring practices.’

Here she is, revisiting the same issue in a video interview with Fortune:

So next time you see the liberal media badmouthing Trump about his distaste for women in the workplace or anything of a sexist nature, just remember that it’s all bunk.

Share this article if you support Trump for president!