The US Postal Service has issued a recall of a stamp they created with a picture of Hillary Clinton to honor her achievements while serving as the First Lady of our nation.

The problem was discovered when claims had been made that the stamp was not sticking to envelopes, and that mail which had been sent using the “Hillary” postage was not being delivered.

Hillary Clinton demanded a full investigation into the allegations.

A special Postal Service Investigation team was formed and after several months and many dollars spent, made the following findings:

*The stamp was manufactured properly.
*There was nothing wrong with the adhesive.
*People were just spitting on the wrong side. 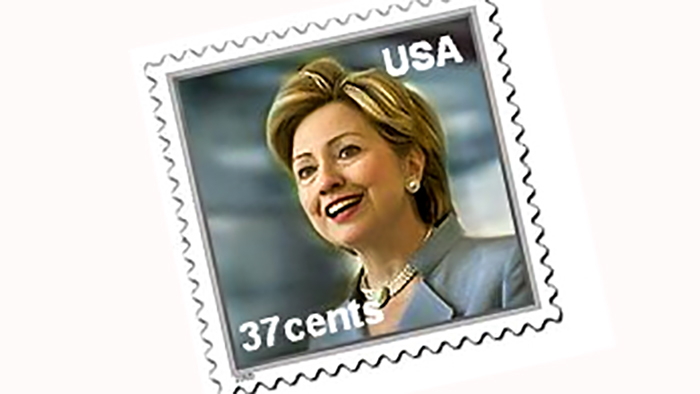