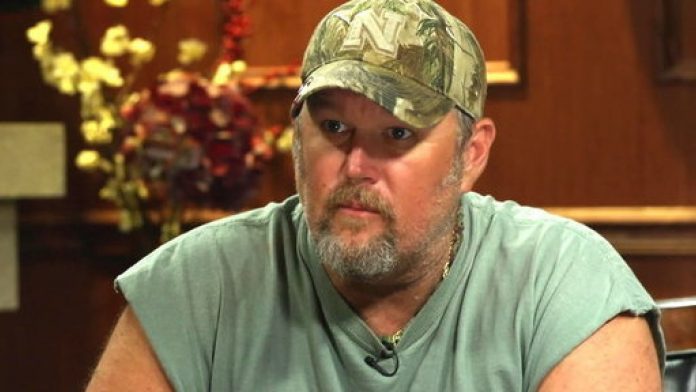 WOW. You’d never think a comedian would be this heated about politics, but Larry the Cable Guy proved us all wrong, with this pre-election video.

For those of you not familiar with Larry, he has made a name for himself with bis “blue collar” comedy and touring with the likes of Ron White, Bill Engval, and Jeff Foxworthy. Forxworthy is known for speaking out against the liberal mindset and possibly Larry is now following in those footsteps. Well Larry was invited on Fox and Friends to talk about many topics including who he’s voting for and who he’s not voting for.

His response was hilarious, as usual, but the message he had for that candidate was brutal and surprised us all!

Larry the Cable Guy dropped by “Fox and Friends” today to share some laughs and give his thoughts on the 2016 race.

The superstar “Blue Collar” comedian said that this election year is “crazy,” and he’s torn between Donald Trump and Libertarian candidate Gary Johnson, since both have policies he agrees with.

“I know who I’m not voting for. I’ll give you the initials… Hillary Clinton,” Larry said. “Hillary will be the end of the country. That’s all I got to say.”

Larry went on to talk about Trump and how ridiculous everyone is for thinking about him in a skewed way.

He added that he’s noticed how divided the country is and how uncivil many people are this particular election cycle.

He explained that if someone says they agree with some of the things Trump says, they’re immediately criticized and deemed a “racist.”

Larry also weighed in on the controversy surrounding San Francisco 49ers quarterback Colin Kaepernick, who refused to stand during the national anthem in protest of America’s “oppression” of African Americans.

Larry pointed out Kaepernick had lost his starting job and was recently relegated to second and third string.

“You think he’d be sick of sitting and he’d have to stand for something every now and then,” Larry quipped.

Haha! I don’t know about you, but I hope Larry makes more appearances on Fox VERY soon. That was one of the funniest and best interviews I’ve seen in a while. And anyone saying Hillary will be the death of America is good on our book!

We salute you Larry!