Obama has sunk to a new low as his administration’s ratings have taken a nose dive with U.S. residents having the lowest confidence in the government to protect them from terrorist attacks.

This comes hot on the heels of yet another shooting in the U.S. in San Bernadino, California. In the aftermath, the U.S. community does not feel that we are adequately protected from terror attacks. 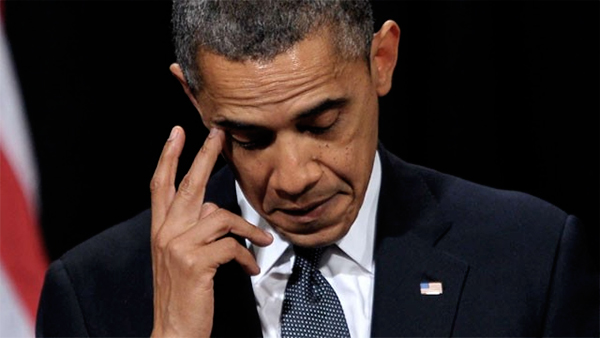 Confidence in the U.S. government to protect its citizens from militant attacks has fallen to its lowest in more than a decade after a pair of suspected militant Islamists gunned down 14 people at a holiday party in California, a poll released on Friday found.

Only 55 percent of respondents said they had “a fair amount” or “a great deal” of confidence that authorities could protect the country from further attacks, according to data collected by Gallup on Dec. 8-9, just days after the San Bernardino massacre.

The finding represents a drop of 12 percentage points since June and extends the gradual erosion in confidence that began soon after the Sept. 11, 2001, attacks by militant Islamists in New York, Washington and Pennsylvania. It is the lowest reading since Gallup began asking the question, following the 2001 attacks.

Thus further proving that Obama has instilled literally zero confidence in the American people that he can properly protect us. Get him gone and put a proper Republican in there that can and will instill hope once again!