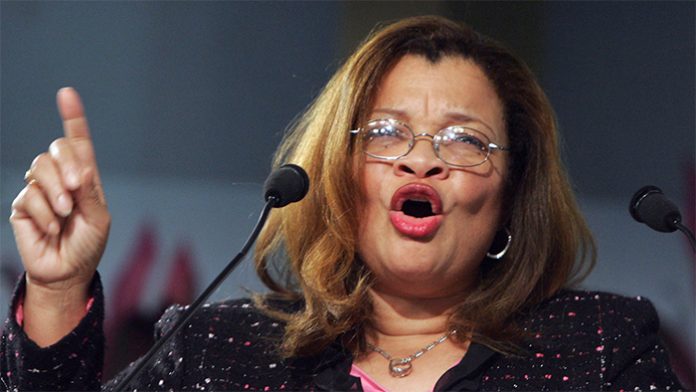 King also reminded viewers that although she personally voted for Donald Trump, she had no quarrel with those who voted for Clinton as long as they didn’t spread violence, which is an example of the position the prominent African Americans on the left should start taking.

King is and was a prominent Trump supporter who has spoken out on numerous occasions when she has felt necessary. King is also a true patriot who is not afraid to stand up to the liberal mafia that run the mainstream media.

King however agrees with the American people and says that FAKE NEWS from our dishonest liberal media is the reason why some blacks in America have a negative image of President Trump. According to King, “Many blacks are hearing fake news,” which then reinforces the negative idea that they have of Donald Trump.
The president embraced King at The National Museum of African American History and Culture by saying
“She is a tremendous fighter for justice,” Trump said before bringing her to the podium. “I have been watching you for so long and you are so incredible and I want to thank you for all the nice things you say about me,” Trump told King.