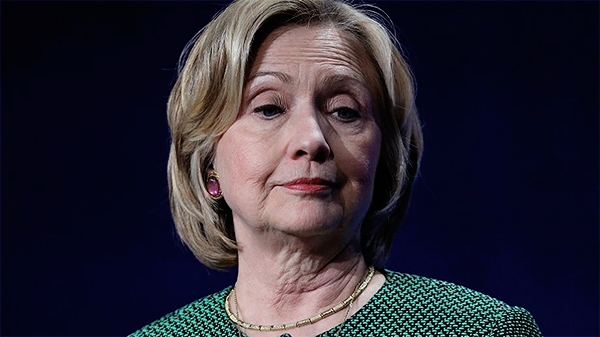 And the exodus from the Clinton teat continues.

Hot Air is reporting that labor unions aren’t bowing down to Hillary for one simple reason: They can’t take her word on anything. She’s simply untrustworthy in their eyes. And in the same breath, they are showing a multitude of support for Joe Biden, current VP and the rumored Democratic front runner should he run.

A really interesting turn of events that, to me, aren’t that surprising given Clinton’s recent struggles in nearly every category imaginable. But the labor unions aren’t the only ones turning on Clinton. Her biggest support base by far has been millennials and now it seems they are losing hope as well.

She’s failing miserably at generating enthusiasm among millennials, the demographic that produced much of the energy in the Barack Obama coalition. Salena Zito reports on Hillary’s campaign in Ohio, which looks like flop so far, one that exposes her lack of insight into the electorate she assumes she’ll own by default:

‘The event here wasn’t just a failure to connect with millennials, but a fundamental inability to read her audience and adjust her speech — or perhaps laziness, or a sense of entitlement that she shouldn’t have to work this hard for support. Perhaps it was all of that.

‘Fired up! Ready to go!’ an early speaker shouted as he prepared the crowd for Clinton. He received only a smattering of polite claps, despite several attempts to get the crowd excited. …

Clinton spoke for 30 minutes on voter suppression, gun control, women’s reproductive rights; she called Republicans “terrorists” and championed foster care. The only time she caught the audience’s attention was with a brief mention of college affordability.

It was as if time had passed her by.’

That makes me happy. People are finally catching on to her garbage.