After Anonymous told us they will retaliate and go to war with ISIS, they respond the next day with a massive win!

Anonymous is the French based, global computer hacking group responsible for mischief all over the world. Sometimes their behavior is bad, but this time it’s overwhelmingly good. Anonymous has digital capabilities far greater than anyone I know and they’ve shown it today!

They have announced that they’ve taken down 5,500 ISIS related twitter accounts. Now you may be thinking, “Who cares? It’s just twitter.” Not so fast my friend! ISIS uses twitter as a main pipeline to spread their words of hate and to recruit all over the world. The less presence they have on social media, the better. 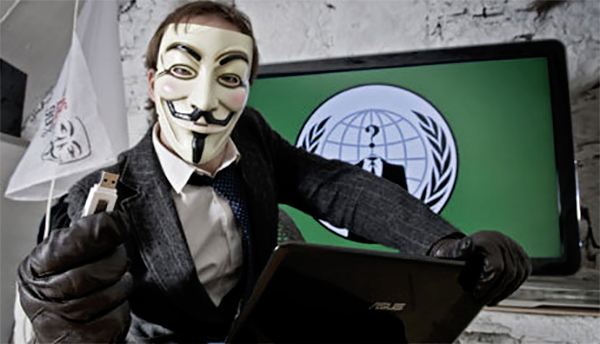 ‘Our capability to take down ISIS is a direct result of our collective’s sophisticated hackers, data miners, and spies that we have all around the world. We have people very, very close to ISIS on the ground, which makes gathering intel about ISIS and related activities very easy for us,’ Alex Poucher, a spokesman for Anonymous, told RT.

He added that the collective has built tools that ‘might be better than any world government’s tools to combat ISIS online.’

Aware that ISIS has its own hackers, Poucher expressed confidence that the militant group ‘does not have hackers like we have hackers.’

‘They picked a fight with Anonymous when they attacked Paris, and now they should expect us,’ he said, adding that the collective ‘will not sit by and watch these terror attacks unfold around the world.’

AMEN! Go anonymous go! We fully support anyone who wants to take down ISIS on every front.