Hillary has become so delusional about her involvement with Benghazi and this email scandal that she’s gone completely off the deep end.

In her infinite wisdom and web of lies, Clinton is now blaming not only YouTube for the Benghazi mess, but also the families themselves. Yup. You read that correctly. She blames the families of the victims. What utter scum. 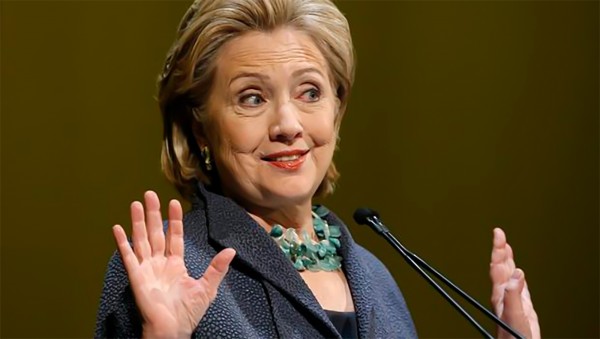 So in the following days, as her top people went around the morning talk shows, lying about the cause of the attacks, she was planning her meeting with the victims’ families. Townhall reports:

At the now-infamous Andrews Air Force base ceremony on September 14, 2012, Hillary Clinton told grieving family members that their loved ones had been murdered by a bloodthirsty mob incited by an online anti-Islam video.  Four different relatives of three separate victims have publicly shared that recollection, including one who jotted down notes shortly after the meeting.

What did those notes say? That Clinton hugged them and said, “We are going to have the film maker arrested who was responsible for the death of your son.” So there she goes blaming YouTube, but what about the families themselves?

She said no. Plain and simple. So not only is she saying that it wasn’t her fault, but that the families are blaming her when it wasn’t her fault. You know, even though there is written evidence to the contrary. The nerve of this woman knows no bounds.