How have we not impeached this man yet? How is this even legal?

Obama and his family recently went to Hollywood to rub elbows with the elite. Why his family needed to go, I will never know. Anyway, all he did while he was there was try to fleece the liberal majority for money. Which he did perfectly because Hollywood is blind and backward and have no clue what Obama even does with the money.

The point of all this is that his little trip cost the American tax payers BIG money. Yup, went on a trip to get money, while simultaneously spending ours. 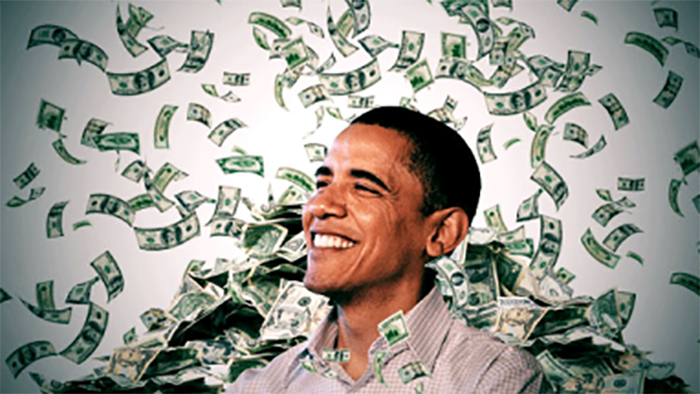 The latest tally comes after the Air Force released documents showing the public’s share of the cost for Obama and his family to travel to California for a fundraising swing was more than $2 million. This brought the known total expense to taxpayers for non-government related travel on Air Force One to $72.8 million — more than $10 million per year.

“Barack Obama is now the $10 million-man when it comes to wasteful presidential travel,” Judicial Watch President Tom Fitton said. “It looks like that visit with grieving families was an excuse to get out to sunny California for some fundraising with celebrities such as Kanye West — and golfing.”

Thanks Obama. No really, thanks. Thank you for spending my hard earned cash to go get more of your own while meeting celebrities and having them rally for your cause, whether it’s gun control, higher taxes, or forced unionization. Ridiculous.