Turns out that Hillary wasn’t the only one that did corrupt things on her personal email server. Unless you’ve lived under a rock or don’t follow our page, you undoubtedly know that the FBI is ready to indict Hillary Clinton on multiple counts of releasing sensitive government information via a personal email server.

The FBI may want to expand their criteria a bit, as it looks like Hillary’s aides were in on the whole thing as well. 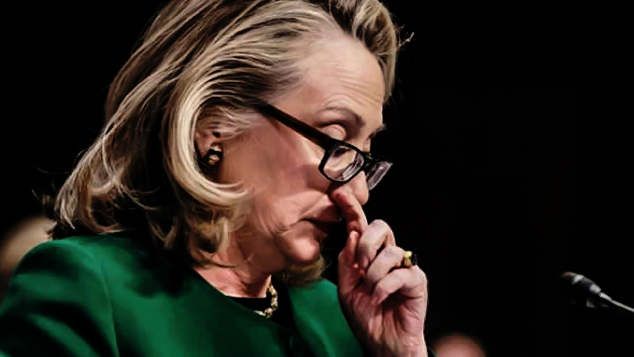 The FBI is investigating whether members of Hillary Clinton’s inner circle “cut and pasted” material from the government’s classified network so that it could be sent to her private email address, former State Department security officials say.

Clinton and her top aides had access to a Pentagon-run classified network that goes up to the Secret level, as well as a separate system used for Top Secret communications.

This included not one, but two goverment systems.

The two systems — the Secret Internet Protocol Router Network (SIPRNet) and the Joint Worldwide Intelligence Communications System (JWICS) — are not connected to the unclassified system, known as the Non-Classified Internet Protocol Router Network (NIPRNet). You cannot email from one system to the other, though you can use NIPRNet to send ­emails outside the government.

Somehow, highly classified information from SIPRNet, as well as even the super-secure JWICS, jumped from those closed systems to the open system and turned up in at least 1,340 of Clinton’s home emails — including several the CIA earlier this month flagged as containing ultra-secret Sensitive Compartmented Information and Special Access Programs, a subset of SCI.

I think it’s time we just stop beating around the bush and bring in her and her whole team, lock them in prison and throw away the key. Am I right? Yes, I’m Right!