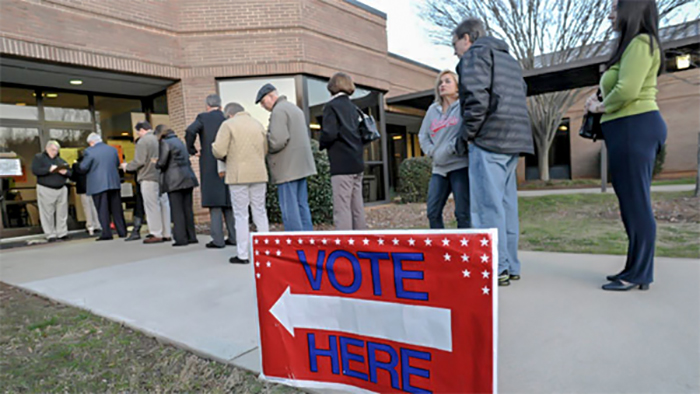 It’s happening. Voting machines are being reported as switching Trump votes to Hillary votes in early voting. We warned you about this, as did Trump, and it’s happening in Texas…a state that Trump has to win to get elected.

“Gary and I went to early vote today…I voted a straight Republican ticket and as I scrolled to submit my ballot I noticed that the Republican Straight ticket was highlighted, however, the clinton/kaine box was also highlighted! I tried to go back and change and could not get it to work. I asked for help from one of the workers and she couldn’t get it to go back either. It took a second election person to get the machine to where I could correct the vote to a straight ticket. Be careful and double check your selections before you cast your vote! Don’t hesitate to ask for help. I had to have help to get mine changed.”

Shandy Clark also reported on Facebook, “Hey everyone, just a heads up! I had a family member that voted this morning and she voted straight Republican. She checked before she submitted and the vote had changed to Clinton! She reported it and made sure her vote was changed back. They commented that It had been happening. She is trying to get the word out and asked that we post and share. Just want everyone’s vote to be accurate and count. Check your vote before you submit! Mary Sims-Beckham and Bradina Benson do y’all know how to report this?

We must get the word out. We have to be vigilant of else the liberals will steal this election. SHARE this on Facebook below…America needs to know!