Another victory for Trump as the Trump Train continues to steamroll the competition!

USA today describes Trump as “Stronger than ever” in a new poll. 30 Political personalities are asked each week what they think of each candidate and based on the results they produce a “Power Rankings” showing who is the strongest and weakest candidate thus far. After sharp criticism this week about Ben Carson, Ted Cruz gained serious ground and Trump continued his domination of the top spot!

Each week we ask 30 smart political types who they think is the strongest candidate in the GOP field, and in the wake of the Paris terror attacks the answer is clear: Trump up, Carson down. This is the first week that Carson did not receive a single first-place vote from our panel. 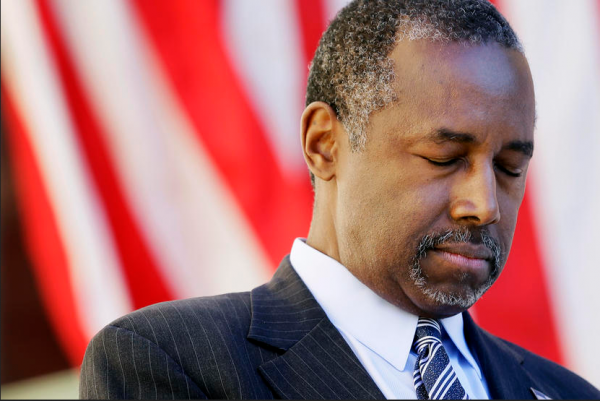 So if Carson is down, what did they say about trump?

And Donald Trump just keeps getting stronger. ‘Whether you agree or not, the clear and tough message from Trump on foreign affairs resonates with a large chunk of primary voters.’

Trump got 18 first-place votes this week. 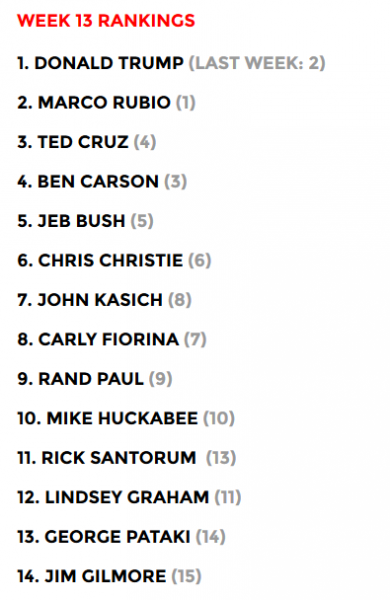