I guess the primary voters missed this point entirely. What point? Oh the fact that pretty much 70% of the state agree with Trump’s policies.

It’s true actually. This is a fact I’m about to bestow upon the world that no one seems to be picking up on. In Paul Ryan’s home state of Wisconsin, exit polls show that 7 out of 10 voters favor Trump’s plan on Muslim immigration as opposed to Ryan’s. This calls in question how “real” the primary last night was. If 70% of voters are for Trump’s plan on this, why did Trump lose?

It’s an interesting question to ask. Here’s what Breitbart had to say about the Ryan rejection. 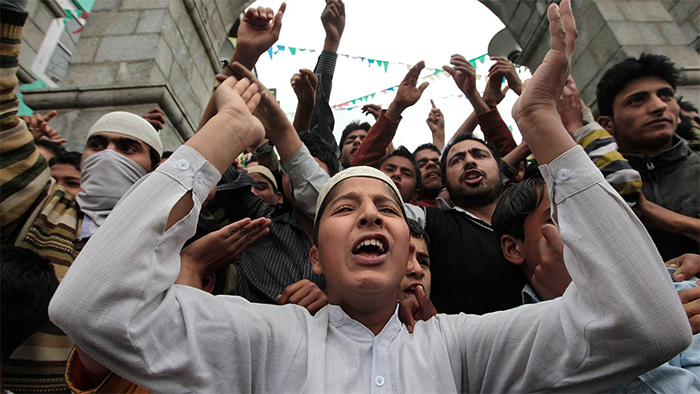 House Speaker Rep. Paul Ryan (R-WI) was thunderously rebuked by Republican voters in his home state of Wisconsin for his position on Muslim migration, according to data from Tuesday’s exit polls.

The exit polls show that seven out of ten Wisconsin GOP voters support Donald Trump’s plan to temporarily pause Muslim migration — a proposal which has been repeatedly denounced by Paul Ryan.

“As has been the case throughout the GOP primaries this year, there’s broad support in these preliminary Wisconsin results (seven in 10) for Trump’s proposal to ban non-U.S. Muslims from entering the country,” writes ABC News.

Donald Trump is the only presidential candidate to propose a temporary pause on Muslim migration. Sen. Ted Cruz (R-TX)has rejected Trump’s proposal. In recent weeks, Trump’s campaign has hammered Cruz for his previous efforts to double immigration — including Muslim migration.

Sounds like something fishy is going on in Wisconsin…