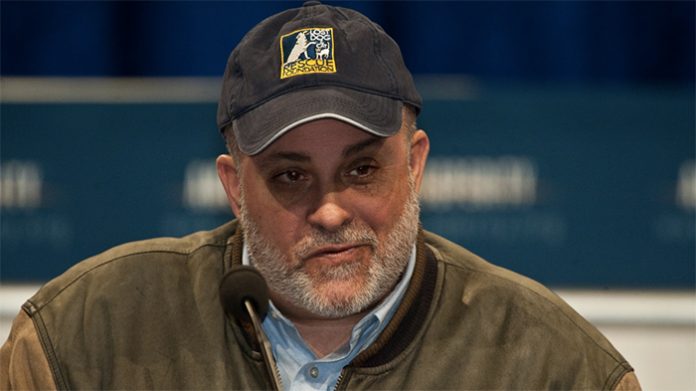 Well well. Looks like the tides they are a turning in favor of Donald Trump. Ever since he started his campaign, he has had many naysayers breathing down his neck. None more vocal than massive Conservative voice Mark Levin, whose following stretches far and wide.

Levin, if you haven’t been following the campaign at all, has bad mouthed Trump for not being conservative and, in his opinion, generally being a bad candidate. Not anymore it seems! Levin hopped on board the Trump train after Donald’s last speech which Levin praised for being the best one of Trump’s campaign yet!

This is HUGE news for Trump.

Mark Levin, one of conservatives’ largest radio voice – and one of Donald Trump’s biggest critics, who told listeners just a short time ago to consider him a “never Trump” Republican – nonetheless praised the billionaire’s most recent speech, saying the his attacks on Hillary Clinton were politically savvy and superb.

Levin first said parts of Trump’s speech – particularly the portion, as WND previously reported, where he reached out to Sen. Bernie Sanders supporters and told them to join him on the campaign trail – “really ticked me off.” But most of it was just what the party needed to hear, Levin went on.

“The Republican leadership in Congress doesn’t have the guts to go to the floor of the Senate or the floor of the House and make these charges,” Levin said, speaking of how Trump railed against Clinton and spoke in specifics about her acts of dishonesty and political deceptions, Breitbart reported. “This is outstanding. You can’t let Hillary Clinton get away with her corruption, her cronyism, her criminality. I don’t care who you support or don’t support. She’s detestable.”

Levin then played more clips of Trump’s speech, and said: “He hit it out of the park.”

What this means is big for the Trump campaign. If he could unlock the large part of the GOP constituency that doesn’t believe he’s a valid presidential option, then Trump will go all the way!