This is seriously scary. Europe is currently in a massive crisis of immigrants from Syria, Iran, and Iraq trying to escape the evil that is the ISIS movement.

Now, ISIS is saying that it’s positioned 4,000 trained killers in with the hundreds of thousands, and now millions, of migrants moving into western Europe.

Undoubtedly this will trickle into the U.S. and Canada as well as soon as these murders can get over here and obtain ways to do so. 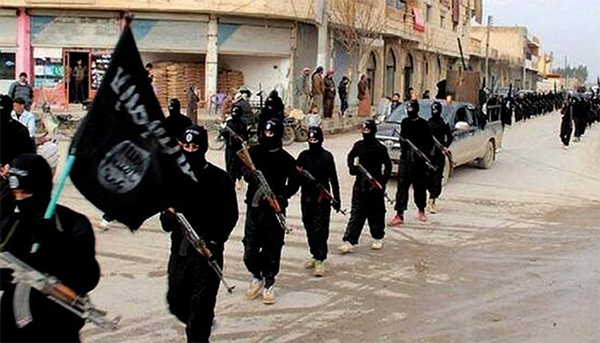 An unprecedented refugee crisis has erupted in Europe that has caused a public outcry in many European countries.

It all started with the publication of a picture of a drowned three-year-old Syrian boy whose body washed up on a beach in Turkey.

The mainstream media jumped on the death of the toddler to show the immorality of the West in light of the humanitarian tragedy in many Middle Eastern countries–and especially in Syria, where more than half of the population has been displaced as a result of the four-year-old civil war.

Recently, however, something has apparently changed. The refugees now flooding Europe are not ‘families’ as the mainstream media are trying to tell the public. Ninety percent of the Syrian and other Arab refugees who are now stuck in Budapest, Hungary, or at the Italian-French border are young, male and single, as this video clearly shows:

Today, the news site of the British papers Daily and Sunday Express revealed that an Islamic State operative who was speaking on condition of anonymity had told BuzzFeed that more than 4,000 Jihadist gunmen had been smuggled into Europe together with other refugees.

The ISIS smuggler said that the 4,000 gunmen are ready to start operations in Europe, and that their infiltration into European countries is part of a larger plot that aims to avenge the air campaign by the U.S.-led coalition against Islamic State.

They’re coming America. Ready your guns while you still have them.