These people just don’t get it. This is absolutely sickening!

Black lives matter continues to miss the point that all lives matter. Especially those of our police and law enforcement officials. But BLM would never admit that since they think everyone cop is out to get them.

Now they’re going as far as protesting and celebrating the deaths and funerals of cops. 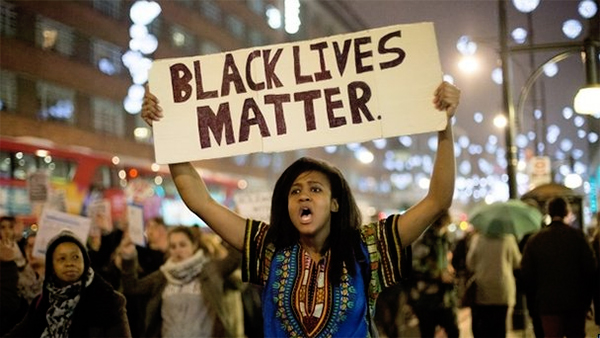 Some in the ‘Black Lives Matter’ movement are celebrating the death of another New York City police officer in the line-of-duty, according to a former member of the force.

Radio talk show host John Cardillo tweeted updates of the status of NYPD Officer Randolph Holder, 33, who was shot late Tuesday in East Harlem while responding to an armed robbery. The officer later died from his wounds at a local hospital.

Getting really disturbing info from cops at Harlem Hospital that residents, some ID’ing as #BlackLivesMatter, are celebrating cop’s death.