This just goes to show that everyone is innocent until proven guilty.

In Albany, New York, 3 University of Albany students claimed they were attacked by 10-12 white men unprovoked late in January.

Well, now the real story is coming out and it’s making them and the BLM movement seem like a bunch of whiny, racist bastards. When will they learn that all lives matter!? 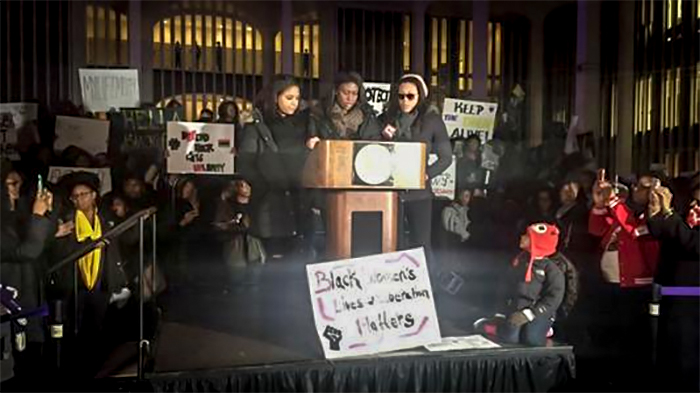 The original story sparked a rally with hundreds of people and a wave of community support.

However, the allegations came into question after investigators began reviewing video of the incident. Police say they looked at video from 12 security cameras and four cell phones. They also interviewed 35 people.

Video was also shown to select community leaders. All agreed the video did not match the claims.

In addition to assault, Agudio and Burwell are charged with falsely reporting an incident.

All three are due in Albany City Police Court on Feb. 29.

After the charges were announced Thursday afternoon, UAlbany police released the CDTA surveillance video of the incident from different camera angles.

And we have the videos as well. Here is the “crime.”

Unreal! These BLM and race bating people are out for nothing but personal gain. Share this everywhere to expose them for the liars and horrible humans they truly are!